DAZN is an online sports streaming service which is available in several countries across the globe. Despite not being available in the United Kingdom, this is where you will find the headquarters of DAZN and they are situated in London. Established in 2015 the live sports streaming service was launched in August 2016 to countries including Austria, Germany, Switzerland and Japan.

Since then, DAZN have expanded their reach to Canada, United States, Italy, Spain and Brazil. For sports fans residing in the United States who are considering subscribing to the live streaming service, unfortunately DAZN free trial is no more available for US players.

By using this DAZN free trial, you could judge for yourself whether you would like to continue using the service to watch live sport and register for a full subscription. However, as we mentioned, DAZN USA free trial is not an option since March 2019. The only way to check them out is to buy a subscription at least for a month.

So, before registering, let’s take a look at what you can watch at DAZN USA.

1. What You Can Watch at DAZN USA

Upon launch in the United States, DAZN made a move to show live boxing and in doing so struck a deal with Eddie Hearn's Matchroom Sport. It provided fight fans in the United States with live coverage of 32 boxing cards per-year, with 16 British Sky Sports Box Office cards, in addition to 16 cards held in the United States. In 2018, DAZN expanded their portfolio further with the addition of mixed martial arts promotion, Bellator. This deal included seven exclusive events per-year, as well as all events televised by Paramount Network.

They also have an MLB live streaming in their offer thanks to a 3-year rights deal signed in 2018.

So, for those interested in boxing and mixed martial arts in the United States, it makes sense to take advantage of the DAZN USA offer, especially if there is upcoming fight you do not want to miss.

Save up to %58 on DAZN Annual subscription plan!

Since 2018, DAZN have continued to offer their subscribers plenty of fighting action with more events being added to their portfolio. At the time of writing these include UFC, Combate Americas, Road Fighting Championship, Golden Boy, Top Rank, Premier Boxing Champions, World Boxing Super Series, WP Boxing and Extreme Fighting Championship.

There is no doubt that if you are a fan of boxing or any other form of combat sport and you are based in the United States, you must get DAZN and give it a try. However, what about those who are interested in other sports? Is there any DAZN USA soccer coverage to enjoy for example?

2. Other Sports You Can Watch at DAZN USA

The good news for soccer fans in the United States is that the DAZN coverage is available thanks to deals they have made with leagues and competitions in Asia. For those interested in watching the AFC Asian Cup competition DAZN USA has the rights to show matches from the quarter-final onwards, which includes all of the top players from that part of the world.

For those taking up the DAZN USA it is also possible to watch live coverage of the Japanese J League. This soccer league is getting better all the time and has recently seen players including David Villa, Fernando Torres and Andres Iniesta playing. DAZN USA have also been targeting South American soccer including the Copa Sudamericana and Campeonato Brasileiro Série C.

Darts has become big business and DAZN will include access to some of the big tournaments such as the UK Open. This event features all of the best players in the world and can be streamed via the DAZN USA service. Other sports available for subscribers in the United States include gymnastics and snooker plus live Caribbean Premier League Cricket, which is an exciting short format of the sport.

3. How to Get the DAZN USA Free Trial

Unfortunately you can't sign for free trial in USA as it's no more available. So to try out the DAZN streaming service you will have to subscribe. You can choose a monthly or annual plan. When it comes to North America, the only country where DAZN free trial month is available is Canada. If you're a Canada resident you can try DAZN for 30 days for free.

If you want to check out DAZN offer, just try it out for one month

Monthly plan costs $19.99 per month and you can pause it or cancel anytime you want. If you choose Annual plan you will have to pay a one-time fee for 12 months - $99.99. To be honest the annual plan is a really good idea, you can keep around $140 in your pocket! That's a great deal for sure.

In addition to the website, you can download the DAZN USA app to your mobile device. This will allow you to watch live sport via a mobile phone or tablet meaning you will never miss the sporting action wherever you happen to be at the time.

Youghtleey 11 months ago
Yea, they took it down, but if you compare subscription fees with the Canadian DAZN, it is about 50$ cheaper in the USA for annual plan 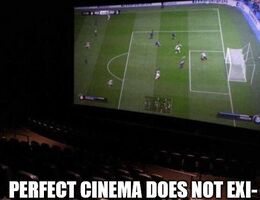