Group B is one of the closest ones and that makes our Denmark vs Finland betting tips really interesting. During the draw for the 2020 European Championship we already knew three of four teams who would be playing in Group B before a single ball was pulled out of the pot. Those teams were Denmark, Belgium and Russia. That left one spot remaining in the group and only 2 teams could have filled the remaining place. It was between Wales and Finland, with the latter being drawn in the group.

With the group complete, the fixtures were formulated and the opening game In Group B of the 2020 European Championship is between Denmark and Finland. As one of the host cities, Denmark will play all their matches in Copenhagen at the Parken Stadium. The odds for this match have Denmark at 1.50 to win.

This should give the Danes a nice advantage throughout the group stages, especially as they also play Russia at home despite Saint Petersburg also being a host city. However, it will all count for nothing if they do not get off to a good start against a potentially tricky opponent. Will Denmark begin the tournament will a win or can Finland cause an upset?

Read on to find out more in our Denmark vs Finland betting predictions and for the latest betting odds for Finland vs Denmark.

Denmark failed to qualify for the 2016 European Championship and will therefore be making up for lost time in this tournament. They did manage to qualify for the 2018 World Cup finals and progressed to the Round of 16 before being eliminated by the eventual runners-up, Croatia via a penalty shootout.

I'm very satisfied that we are going to play in Group B with Belgium, Denmark and Russia. And it’s very nice to start the tournament against Denmark, one of the naughty neighbours. - Markku Kanevra after the groups were drawn, UEFA official website

You must go back to the 2004 European Championship to find the last time Denmark progressed from the group stage. However, with Russia and Finland in their group they will be hoping to reach the knockout stages in 2020. Denmark qualified for the tournament without losing a game in a group which contained Switzerland, Republic of Ireland and Georgia, so it was not an easy task.

Register at Bet365 and find the best odds for Denmark vs Finland game!

The Danes are undefeated in their last 11 home matches and have won each of the last 4 at the Parken Stadium. The bookmakers believe the hosts will make a strong start to the tournament by winning this game and the Denmark vs Finland betting odds have the Danes as favourites to win the match.

Not many people would have predicted Finland to qualify for the 2020 European Championship prior to the start of the qualifying matches. This is the first time Finland have qualified for a major football tournament in their history so this match against Denmark is going to be a big occasion for their fans.

Finland came through a qualifying group which included Italy, Greece and Bosnia so it was not a straightforward qualifying campaign. However, Finland finished second in the group to Italy and won 6 of their 10 matches. The highlights included home victories over Greece and Bosnia.

However, away form was lacking in comparison to their home matches and Finland lost in Italy, Bosnia and Greece. Their only away points in the group came courtesy of wins in Armenia and Liechtenstein, two teams which are considerably weaker than Denmark.

3. Where to Watch Denmark vs Finland

A key element of Denmark's qualifying campaign at home was there defensive record. In the 5 home games they played during qualifying Denmark kept 3 clean sheets and conceded only 2 goals in total. The 3 clean sheets came in their last 3 matches and they will be confident of keeping out Finland to win this game. The Denmark vs Finland betting odds offer nice odds for Denmark to win the match and keep a clean sheet.[/b]

Looking for Denmark vs Finland predictions? Check those made by our tipsters!

Denmark have managed to score 2 or more goals in 6 of their last 9 home matches including friendly games. They scored 5 goals against Georgia, 4 goals against Luxembourg and 6 goals against Gibraltar but Finland will be hoping to be tougher opposition than any of those teams. Therefore, Denmark may struggle to score more than 2 goals and you can get a good price for Denmark to score under 2.5 goals and for them to win the match 2-0. 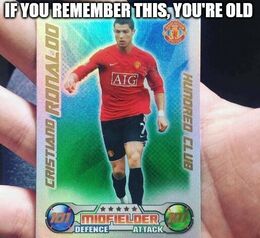 Load more fun
Articles
Play responsibly
Didn't find what you were looking for? Try our lucky clover.
Denmark vs Finland