Group D of the 2020 European Championship contains one of the several host nations, England, so we prepared for you some of the best England vs Croatia betting predictions. All of England's matches in this group will be played at Wembley which gives them a decent advantage over the other countries In Group D. The other 3 teams in the group are Croatia, Czech Republic, and Scotland, one of the winners from the play offs which were contested in March.

This is a rematch of the 2018 World Cup semi-final which Croatia won thanks to a late goal by Mario Mandzukic. Will England get revenge for their World Cup defeat in Russia or can Croatia break English hearts once more by recording the victory? The odds for this match are 1.70 for England and 5.80 for Croatia to win this match.

Continue below to find out more with our Croatia vs England predictions and for the latest England vs Croatia betting odds.

Having lost 2-1 to Croatia in the 2018 World Cup semi-final, England will be eager to get one over on the Croatian team in a major tournament. However, this will not be the first time the teams have met following the 2018 World Cup as they were paired together in the Nations League. The match in Croatia finished 0-0 but England came out on top in the reverse fixture at Wembley, winning the match 2-1.

We have had really good results against Croatia and poor results. So it’s not a rival we can be complacent about. But Croatia at Wembley is a brilliant opening game for the fans and the players. - Gareth Southgate about this match, The Guardian

In fact, if you look at the recent record between the teams it is England who comes out on top. The English have lost only one of their last 5 meetings with Croatia and although it was the most important match of the 5, England still hold the superior record.

England finished as comfortable winners of their qualifying group, winning 7 of the 8 games and losing just the one. They ended up 6 points clear of second place Czech Republic and were always heavy favourites to win the group throughout the qualifying campaign. England must now transfer that form into this tournament and the bookmakers believed they will do so by winning this match and getting off to the perfect start.

Register at Bet365 and look for the best odds for the England vs Croatia match!

The Croatia vs England odds have the hosts as favourites to win the match. Read on for more England vs Croatia betting tips below as we take a look at the chances of the latter.

Croatia made heavy weather of their qualifying campaign and still needed to take something from their final match at home against Slovakia to secure their place at the top of the group. They ended up finishing just 3 points clear of second place Wales having won 5 of their 8 matches. Dropped points came at the hands of Hungary, Azerbaijan and Wales, all three of which were away from home.

However, Croatia will look to take inspiration from their victory over England at the 2018 World Cup. Having been held to a 0-0 draw at home and suffering a narrow 2-1 defeat away to England during the Nations League, there is clearly very little to separate the teams, despite what the odds might suggest.

Croatia have defeated England 3 times in their last 7 meetings and there's also been one draw meaning they share the same number of victories over that period of time. Croatia have a squad full of experienced international players who will not fear playing this opening group game at Wembley. However, the betting odds for Croatia vs England have them as the outsiders. We have more England vs Croatia tips and predictions available below.

3. Where to Watch England vs Croatia

As highlighted above, the 3 most recent meetings between England and Croatia have all been very close. England have one victory to their name as do Croatia but each time the winning margin was just a single goal. That suggests we are going to be in for a close game and you can back a one goal margin of victory for England or a one goal margin of victory for Croatia with most bookies.

Check what England vs Croatia predictions have been made by our tipsters!

In 5 of their last 6 matches both teams have found the back of the net. We have also seen over 2.5 goals scored in 5 of those 6 games and it wouldn't be a surprise to see a repeat of both in this match. You can also get nice odds for both teams to score.

This should be one of the best matches of the first round of games at the 2020 European Championship and you don’t want to miss out on the action. Follow it all live thanks to England vs Croatia live streaming at 1XBET, Bet365, William Hill, or Unibet. Apart from watching Croatia vs England live stream, you can as well place your bets using our England vs Croatia betting predictions.

4.1 What are the England vs Croatia betting odds?

The favorite of this match is England, which you can back up at 1.73 odds. Bookmakers set Turkey's win at 5.6 odds.

4.2 Where to watch England vs Croatia online?

Bet365, Unibet, William Hill, or 1XBET are the brands commonly known for their broad offer for Euro 2020, so we advise you to have a look at what they prepared in the Euro 2020 market. 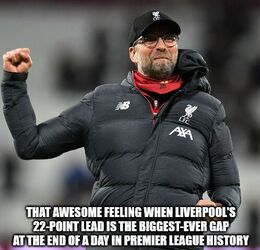