All 24 teams that are participating in Euro 2020 / 2021 will have one goal in mind: lifting that super-shiny trophy that crowns them the champions of Europe!

To do that, they will need to come through three group games, a Round of 16 encounter and then the quarter and semi-finals.

What an occasion that will be, and of course only two teams will be there to battle it out in front of a TV audience of hundreds of millions around the world.

Too early for Euro 2020 / 2021 Final Betting Predictions? Perhaps. But if you're interested, check them out!

Keen bettors will already be making their Euro 2020 / 2021 final predictions, and we have already gone through the draw bracket to give you our own take on how the action will pan out.

Let's take a closer look at Euro 2020 / 2021 winner betting odds. As you can imagine it is those who are prominent in the tournament winner market that are also favoured here too.

So that’s why England are the front runners with the sportsbooks to reach the final at odds of 5.50 with Bet365, and why France are also fancied at a price of 7.00 with the same bookmaker.

Belgium and Netherlands are expected to come through the top half of the draw, and so it’s no surprise that they too are well-priced with the bookies at 6.00 and 8.00 respectively.

If Germany or Portugal are going to reach the final of Euro 2020 / 2021 they are going to have to do things the hard way given that they are in the ‘group of death’, and that’s why they might be slightly further down the betting market at 8.00 and 17.00.

Elsewhere, the likes of Italy and Spain have been handed easier groups, and so they might just fancy their chances of sneaking through until the business end of the tournament. Anyone fancying either of these teams can enjoy odds of 11.00 and 9.00.

However, an even more intriguing question is- who can qualify for the finals from the not so likely teams- Bosnia-Herzegovina, Hungary, Serbia, Norway, Georgia, to name but a few. After all, football can often surprise us.

How about Euro 2016? The team that was inches away from reaching the final was... Wales. They did not make it till the end, but they did cause quite a stir.

Wouldn't it be boring if the favourite always won? It remains to be seen, who will be the dark horse of this year's tournament. And if there will be any...

If we are to think smart about who we think will reach the Euro 2020 / 2021 final, we have to work our way through each group in turn to come up with the teams most likely to reach that Wembley date.

There’s no reason to doubt Italy’s credentials here, and so we are happy to put them through to the Round of 16 as Group A winners. Roberto Mancini has gotten them playing positive football again, and on home soil they will prove extremely difficult to beat.

As for the Group A runners up, it is difficult to choose between Wales, Turkey and Switzerland, but given that they performed pretty well at World Cup 2018 we’ll just give the nod to the Swiss.

There seems to be an open-and-shut case in Group B, where we’re going to put Belgium through as the winners. They have quality to spare all over the pitch, and the players that can win a tight match with a moment of magic.

And we’re confident that Russia can progress as runners-up. They have the advantage of playing their matches on home soil – where they did so well at the World Cup, and they should prove too savvy for Denmark, who lack a natural goalscorer, and Finland.

Of all the teams in qualifying, it was the Netherlands who really impressed and they are taken to win Group C.

The identity of who may finish second is a lot harder to solve, but we’ll take Austria over the Ukraine, who could finish as one of the best third place teams.

There’s not much to be said here: England are arguably the strongest proposition in Group D, baring in mind they will be at ‘home’, and so we expect them to top the pile.

Croatia, the World Cup finalists, are better than the Czech Republic and any of the possible play-off winners so they go through as runners-up.

Aside from the most likely winners Spain, Group E is much tougher to decipher.

Sweden did well at the World Cup but they aren’t all that impressive in truth, and Poland continue to develop some excellent young players. So, we’ll put the Poles through in second.

Wow, good luck with this one!

The Germans are developing an exciting squad and they will play their games at Munich too, so we’ll put them through as favourites.

And maybe this will be one tournament too far for Cristiano Ronaldo to cajole his Portuguese teammates, so we’ll put France through as runners-up.

Based on the above, this is how we see the Round of 16 panning out:

In the quarters, we are predicting victories for Belgium over Italy, Germany over Croatia, France over Spain and the Netherlands over Switzerland.

In the last four, we’ll take Germany to triumph over Belgium and France to defeat the Netherlands.

So there’s your final: Germany vs France! 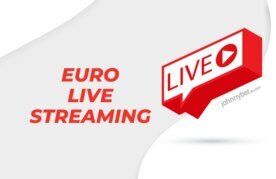 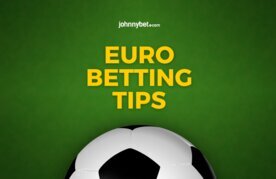