It may not have quite the glamour of the Champions League, but there is still huge significance, and in gambling terms, still an enormous amount of interest, in the Europa League final 2022 betting tips, which show by the Rangers vs Eintracht Frankfurt odds, that it should be a close game, capable of going either way. You can get the odds for Eintracht at around 2.2, Rangers at around 3.1 and the draw is priced at 3.4. Although the Germans are currently narrow favourites, the signs are that this could be one of the more memorable finals of recent years.

This competition has been around since 1955, firstly as the Inter-Cities Fairs Cup, as the forerunner to the UEFA Cup, which it became in 1971, before being rebranded into its current format in the 2009/10 season. Frankfurt are bidding to be Germany's seventh winner – including their own success in 1980; whilst for Rangers it would not only be their first, but also a first by a Scottish club too.

Frankfurt have been given the nominal 'home' team status, which may interest punters who like to bet on home or away teams, or are superstitious in some way. It would have forced Rangers to change strip if there was a clash of colours, but as Eintracht play in a predominantly black kit and Rangers wear their famous royal blue, it should not come into the equation, meaning that essentially, it makes little, or no difference.

It is fair to say that after the completion of the Group stages of this years Europa League, the odds on punters seeking Eintracht Frankfurt vs Rangers betting tips, would have been very high. After all, the likes of Barcelona, Lyon, Leipzig and Dortmund were still in the mix. Indeed, Lyon had defeated Rangers at Ibrox Park in the very first round of matches; but history is littered with examples of teams growing into competitions, and that certainly seems to have been the case with these two.

This contest for the heaviest piece of UEFA silverware, will take place on the 18th May, with a kick off time of 9pm CET, in the Ramón Sánchez-Pizjuán Stadium, Seville, Spain. The fact that Frankfurt have won the trophy before will have no bearing on the Europa League Final betting; but their performance in overcoming West Ham in their semi-final probably will. Rangers were equally impressive however, in fighting back from a goal down to get past Leipzig in the other semi-final, so both will come into the match with a lot of confidence.

Follow the most recent Europa League final predictions posted daily by our tipsters!

As with any major final the odds to win the Europa League will slightly favour one team above the other, but there will not be much between them. As usual the leading bookmakers: William Hill, Unibet, and Bet365. have some of the best early offers and they all have released very competitive Eintracht Frankfurt vs Rangers odds, with each of them marginally swaying towards the German outfit, with a best price of 2.25. Rangers are 3.35 at Unibet, with the draw showing at 3.5, at 90 minutes.

They all have additional markets opportunities in the Frankfurt vs Rangers betting odds, with quite an appealing 1-0 victory to Frankfurt issued at 9.0 and the same score to Rangers being shown as 11.0. Anybody fancying a 2-1 scoreline can get 9.5 on Eintracht and 12.0 on Rangers. A 0-0 draw heading into extra-time, will provide odds of 13.0; but there are other markets which are even more attractive.

The half-time/full-time option go with Frankfurt/Frankfurt at 3.75 and Rangers/Rangers at 5.5; for those looking for some real value how about Frankfurt/Rangers at a very enticing 32.0? If the thought is that there will be goals, but you are unsure of the actual outcome, then a bet of both teams to score has odds of 1.7; alternatively if you are confident that at least one of the finalists will fail to score, the odds are 2.25, but given that these two sides are the competitions top scorers, then that might be a little brave.

I get the feeling that the whole of Germany support Eintracht in Europe. There’s recognition for our performances, but it’s not about living in the past; we need to stay focused and play our game on the pitch - Oliver Glasner, Eintrachts' manager, Bundesliga com

The suggestion in the Europa League Final 2022 predictions is, at first glance at least, for a closely contested encounter, almost too close to call. Rangers have recovered from an indifferent start to season, to now being very much in form; and they have actually already eliminated two other German sides in Dortmund and Leipzig, so they'll have every confidence. Frankfurt are having a very poor domestic season, languishing in the bottom half of the table, following a run of very disappointing results. Nevertheless, the Europa League has seemingly galvanised them, and they certainly have reserved their best form for this competition.

These two teams have been full of goals, so any shrewd Eintracht Frankfurt vs Rangers betting predictions would probably paint a picture of a high scoring game. The incentive of gaining a place in the 2022/23 Champions League is an added motivation for both teams; but confidently forecasting who will win Europa League Final is incredibly difficult. You can also check our predictions for the Champions League final in the related article.

Much may well depend upon who gets the first goal, and if then that team can press home their advantage. It definitely looks a game with every chance of going beyond the regular 90 minutes and it may well be a mistake that clinches it one way, or another. The slight preference is for the men from Glasgow, to just sneak it.

The opportunity to follow up onRangers vs Frankfurt predictions, with the chance of placing bets for free, has to be extremely tempting and this is something that the leading online bookmakers: Bet365, Unibet and William Hill recognise. Consequently, they provide some excellent offers to new members, which for this game, would effectively mean a complimentary wager, so passing up on such a possibility would be a remiss.

For the Europa League Final betting Bet365 are offering €50 of free credit, for newly signed up players. Unibet have a similar promotion in place, but slightly less at €40, plus they throw in an extra €10 at their casino, whilst William Hill go with €30; and in each case, these fantastic benefits make for a better gambling experience for the punter.

3.2 How to Bet on Rangers vs Eintractht Frankfurt

If you have made your Rangers vs Eintracht Frankfurt prediction, then choose one of the top bookmakers such as Unibet, and register yourself as a new player and get welcome bonus. It is a very simple process, which will take a matter of minutes, and just requires the some basic information. Once verified, an account holder can go ahead and find the best Europa League Final betting odds that match up with any forecast made, and tie it in with any bookmaker promotion.

The game will take place on the 18th May, in the Ramón Sánchez-Pizjuán Stadium, in Seville, Spain.

The Frankfurt vs Rangers betting odds are placing the German side as slight favourites at 2.25, in the Europa League Final betting, with Rangers fractionally higher at 3.35, and the draw at 3.5, for the 90 minutes scoreline.

4.3 💸 Where are the best places to bet on the Eintracht Frankfurt vs Rangers fixture?

With this being a major European Final, there are no shortage of leading bookmakers to place a bet, but some of the very best markets will be found at Bet365, William Hill, and Unibet.

4.4 ⚽ What are the Europa League Final betting tips?

This match looks set to be a really close affair so any Europa League Final 2022 betting tips will reflect as such, with possibly a wager on both teams scoring, as good as any.

JayJay88 6 days ago
It's just one game, so everything can happen. I bet on Rangers for small stake.
Show all comments 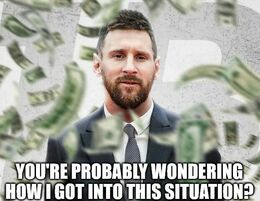