Slot games based on hit movies are always popular, and a select number of online casinos, like Eurogrand and William Hill carry the Marvel Jackpot range, which includes The Incredible Hulk, The Avengers, Iron Man and Thor among others.

You can play the Marvel slots free online when you register at either site, with JohnnyBet readers getting the best welcome deals when using special promotional codes.

Marvel superheroes have been around since the 1960's, and in the past there were a few games based on the comic book characters, But this new generation of slots are based on the hit movies, with actual images from the films, and photo-realistic symbols of the main stars such as Robert Downey Junior as Tony Stark, (Iron Man), Chris Evans as Captain America and Chris Hemsworth as Thor, with Samuel L. Jackson appearing as Nick Fury.

Each slot has its' own bonus features, such as expanding wild symbols, free spins, multiplier awards, side games, pick a prize type rounds and a four-level progressive jackpot that can run to well over $1 million.

While all the games are popular, by looking at the features of just a couple of them, you will get an idea of just how much is packed into each one.

Running since 2000, the X-Men films follow a band of mutants saving themselves and the world from various baddies. The slot game has symbols of all the main cast like Wolverine, Professor X, Magneto and Storm. As well as Wild and Scatter symbol wins, there is also the X Win feature where the heroes form an 'X' pattern across the reels, giving you a win of 5 times your bet amount.

A free spins round has 2 modes, Heroes and Villains. In Heroes mode, the reels spin upwards, while extra Wild symbols can bring more prizes. When the Magneto Wild symbol appears on reel 3, the game then switches to Villains mode. Should the Professor X Wild appear on reel 3, it goes back to Heroes mode, and so on.

Based on the hit 2011 movie, Thor is a 5 reel, 30 payline game packed with bonuses like the Wild symbol that triggers re-spins, a Lightning re-spin with 5 random Wilds, and free spins played out on special reels.

These are richly rewarding reels where the spins go on and on until Thor appears on the middle one, while another feature has the robot monster from the first movie setting light to symbols that multiply wins for you.

All the free online Marvel slot machine games carry progressive jackpots. There are 4 jackpot prizes, with the smallest Power Jackpot being won every few minutes, and the huge Ultimate Power one being claimed every couple of months or so. Players are randomly taken to the Jackpot game where they click on a wall of 20 squares, and if 3 show an identical jackpot amount, they win it.

The Marvel jackpot slot games are highlights of any casino that carries them, with William Hill and Eurogrand being among the best sites.

Use the promotion code BETEXVIP when joining William Hill and not only can you play Marvel slots online for free, with no deposit needed, but once you make a first real money payment, the casino will boost it with bonus money by 100% up to £150, or €200, with even more for high rollers who can claim up to £300/€400.

Eurogrand Casino will treat JohnnyBet readers to a 100% up to £/$/€100 bonus when the revealed code is entered on the registration form, with £/$/€1000 there for high rollers making bigger first deposits. A second deposit bonus of 60% up to £/$/€500 is there waiting for you to claim, while the promotion code will also entitle you to play Marvel slots free with no deposit.

For those who don't know the phenomenon of Marvel movies and slots, I present below the trailer of new movie: "Avengers: Age of Ultron", which is going to be launched in 2015. 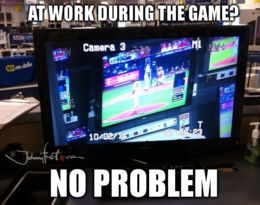