The UFC launched in 1993 and the quarter century that has followed has seen the combat sport grow massively in size. There are events taking place throughout the year and it’s possible to find free UFC betting tips and predictions on this JohnnyBet website. UFC now rivals boxing for popularity and UFC odds are available on all major bookmaker sites including William Hill and Bet365.

The UFC is a mixture of boxing, wrestling, kick-boxing and other martial arts. Events take place inside an octagon that has a fence around it. Anyone who saw the recent bout between Khabib Nurmagomedov and Conor McGregor will know the fence can easily be climbed over.

The company has its HQ in Las Vegas and the number of events it stages each calendar year has been steadily increasing. The largest events they hold are their shows that can be seen on PPV. There are 14 scheduled to take place in 2018 so this means plenty more opportunities will be available for UFC betting.

As the sport has expanded in recent years so has the number of UFC betting opportunities and it is possible to find UFC odds on popular bookmaker websites such as 1xbet, Bet365 and William Hill. It’s on the PPV events that the UFC make the most revenue and hopefully, the UFC picks that you make will be profitable too. Following the UFC betting predictions on the JohnnyBet website can help achieve that.

Just as in boxing, the UFC is split into several weight divisions namely: Heavyweight, Light-Heavyweight, Middleweight, Welterweight, Lightweight, Featherweight, Bantamweight, Flyweight and Strawweight. The latter is only competed for by women. Women only compete in the bottom four weights but there are some great fights that have taken place in the past. Ronda Rousey was the most prominent female UFC fighter before moving on to the WWE. With women fighting as well as men, it means more chances to make UFC picks.

It’s not uncommon for UFC fighters to move up in weight. Conor McGregor won the featherweight title but moved up to welterweight for an unsuccessful title bid. He then switched to lightweight and upset the UFC odds by becoming the first UFC fighter to hold titles in two weights simultaneously.

Every month sees a PPV event held, mainly in the USA though there have been cards held in Australia and Brazil in 2018. There are plenty of UFC bets that can be made with not just the main card bouts but also preliminary and Early Preliminary bouts (not part of the PPV event) held too. UFC 229 held in October 2018 had a total of 12 fights so lots of UFC odds available.

It’s on these UFC PPVs that the top fights take place and when the amount of UFC bets reach their peak. Fighters such as Conor McGregor, Brock Lesnar and Daniel Cormier regularly top PPV events. These shows draw large PPV buy rates and high figures for UFC top bets.

In addition to the PPV events, there are also the UFC Fight Night events with 19 due to take place in 2018. UFC picks can be made on these events that are held all over the world. 2018 has already seen events held in countries such as Russia, Germany, England, and Chile. Look out for UFC betting tips for free on the upcoming cards. UFC also hold ‘The Ultimate Fighter’ series of events so there is never a shortage of matches to be placing UFC bets on with an average of three being held every month. If you're a fan of combat betting be sure to read also our article with boxing predictions and betting tips and other free sports betting tips.

Not just that, sites such as William Hill and Bet365 also offer UFC odds on potential fights that may or may not happen. If they don’t take place by the end of the specified time, your UFC bet is null, and void and your stake returned.

When placing UFC bets, there are several markets that are available. We’ve just mentioned the potential UFC match-ups but sites such as 1xbet and Bet365 will offer ante-post betting on confirmed bouts whether they be taking place in the next few months or sometime next year.

It’s possible to make UFC picks on who will win the fight and the method of victory such as a knock-out, via submission or a points decision. You can also make UFC bets on the round in which a fight will end. Sites like William Hill will offer in-play UFC betting odds and these will change constantly during the fight depending on what is happening in the Octagon.

Despite the controversy of the Nurmagomedov v McGregor contest, UFC is likely to continue to grow, though the trash talking may be softened a bit. The coming months already have plenty of events for you to be placing UFC bets on. Don’t forget you can read free UFC betting tips, as well as, free UFC live streaming on this JohnnyBet website.

The best bookmakers to bet on UFC

It is Ultimate Fighting Championship, an organisation.

4.2 ?Is there a difference between MMA and UFC?

MMA stands for mixed martial arts and is the name of the sport, whereas UFC is the organisation that holds MMA events.

4.3 ?What are the weight divisions in MMA fighting? 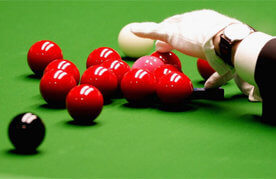 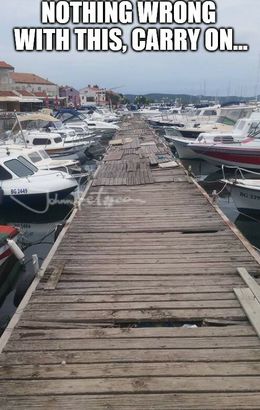