The defending European champions begin their 2020 European Championship campaign with a match against Hungary at the Puskás Aréna, Budapest and we are pleased to bring you our Hungary vs Portugal betting tips. The pressure will be on the Portuguese as the defending champions following their victory over France in the final four years ago and they are likely to dominate the Hungary vs Portugal tips and predictions. It is clear to see who the Hungary vs Portugal underdog is and the odds for this match have the latter as the favourites to win, priced at around 1.45.

We begin by taking a closer look at the Hungary vs Portugal favourites. Qualifying for this tournament was not easy for Portugal and they finished second in their group behind Ukraine and only 3 points clear of third placed Serbia. However, they were defeated only once throughout their qualifying campaign and to make a Hungary vs Portugal prediction, it would be difficult to back against the Portuguese to win this match.

There aren't many national teams who have won a EURO, and regarding the Nations League, obviously it was the first time, so Portugal will forever be part of history having been the first to win that competition. Portugal at the moment are considered to be one of the best national teams in Europe. Every time there's a draw, there's always teams that you don’t want to face, and I think that Portugal are in that batch at the moment. - Fernando Santos after groups were drawn, UEFA official website

It is a crucial game given France and Germany have also been drawn in Group F. Interestingly, Portugal were drawn in the same group as Hungary in the 2016 European Championship and the match ended in a draw. In fact, Portugal were forced to settle for third place in the group but it did not prevent them from going on to win the tournament.

Register at William Hill and browse through the best odds for Hungary vs Portugal game!

Despite having the advantage of playing this fixture at home, the Hungary vs Portugal outsider is the hosts. Hungary were involved in a tight qualifying campaign and finished fourth in Group E behind Croatia, Wales, and Slovakia. However, Hungary were only 2 points adrift of second place and a 2-0 defeat in Wales in their final fixture of the group ended their hopes of automatic qualification.

If you need help, our tipsters prepared some cool predictions for this match!

Hungary then advanced to play-offs via the Nations League and defeated Bulgaria in the semi-final of Path A. They faced a difficult task in the final against Iceland but won the match 2-1 at the Puskás Aréna, scoring two late goals in dramatic fashion to seal their place in the finals.

Hungary will be hoping to match their performance of 2016 where they finished top of the group but with Germany and France to contend with following this game, it is an unlikely scenario. However, Hungary will draw inspiration from the draw with Portugal in 2016 and would be more than happy with a similar outcome in 2020. If history is anything to go by, it is extremely unlikely Hungary are going to win the match as they have failed to defeat Portugal in their 13 previous meetings, dating back to 1926.

3. Other Bets for Portugal vs Hungary

Portugal tend to enjoy playing Hungary and they have scored plenty of goals in recent meetings between the teams. Portugal have scored 3 goals in 5 of their last 7 matches against Hungary and therefore, it would not be a surprise to see them at least match that total again in this match. Our Portugal vs Hungary betting predictions suggest the former to score over 2.5 goals and win the game.

The betting odds for Portugal vs Hungary would not be complete without looking at the potential goal scorers in the match. This is likely to be the final European Championship for Cristiano Ronaldo and he will be determined to go out as the leading goal scorer. The Juventus forward scored two goals when these teams met in 2016 and is the favourite to open the scoring in this game.

4. Live Transmission for Portugal vs Hungary

5.1 What are the Portugal vs Hungary betting odds?

The favorite of this match is Portugal, which you can back up at 1.45 odds. Bookmakers set Hungary's win at 8.50 odds.

5.2 Where to watch Hungary vs Portugal online?

Bet365, Unibet, William Hill or Betway are the brands commonly known for their broad offer for Euro 2020, so we advise you to have a look what they prepared in the Euro 2020 market. 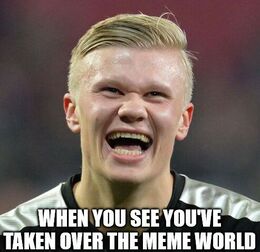