Our World Cup 1x2 contest is over. We talked to the winner of the competition - vixtorinox who has been the best tipster of the 2018 World Cup.

Do you want to know what factors made him the winner? What is his advice to other tipsters? When are you going to have the next chance to try your luck and skill in the next JohnnyBet contests? Read the Interview and find out!

1. Interview with the winner

JohnnyBet: First of all, huge congratulations on winning the competition. You became the best tipster of 2018 World Cup contest by defeating 1758 participants. How do you feel about that?

vixtorinox: I am very happy with the win. In the beginning, I could not believe myself that I was so high in the ranking. When I was on the podium, I thought: so many players, and I am in the TOP 10. It motivated me even more, that's why I fought for good results, I wanted to be the best. Finding myself in the first place among so many tipsters was a great surprise for me.

It must be admitted that these World Championships were unpredictable. Which teams surprised you the most? Which team did you support?

Many of the teams surprised with their results during this World Cup. Who would have thought that Iceland would draw with Argentina, and South Korea would beat Germany 2-0? Poland, which has good players, completely disappointed. Or Russia... well, come on! They eliminated the Spaniards!

The only team that I supported and which promised well (and in my opinion, they really gave everything they've got) is Uruguay. When Cavani was injured, I thought it was the end. It was a player who was the driving force of this team, but nevertheless, I think that they are great anyway!

Let's get back to the competition... your beginning was rather shaky. The first round surprised you a bit, although the results of the Germany - Mexico (7.2 points) and Brazil - Switzerland (4.7 points) matches allowed you not to lose too many points to the top of the table. At the same time, they were your two best scoring answers in the competition. Did you expect such results or was it a pure risk without calculation?

Exactly like you said - I had an unstable beginning, I bet the most probable and logical results for me, but it did not go my way. Other times, in the beginning, I bet correctly, but then I changed my mind and regretted it later. When it comes to the Germany-Mexico match, you could win a lot by betting on Mexico, which could actually fight against the then-still-world champions. It was obviously a risk, but to me - worth taking. With the victory of Mexico, you could get a lot of points. It was the same for the Brazil - Switzerland match, where I placed a tie and that both teams would score. It was risky, but it was definitely worth it. Sometimes I had to take a risky bet to stay high in the ranking, but at the same time I followed sports analyzes and made decisions consciously. Everything was possible, many tipsters were betting on draws which were unexpectedly correct. Not to mention those who have won 13 points on the victory of Korea, or those who scored 8 points for Japan, which nobody expected.

After the second round, you jumped on the podium, although the last matches of the group stage and the 1/8 finals meant that you were out of the first 10 with a loss of almost 15 points to the leader. However, from that moment on, you were unstoppable and went straight for the final triumph. When did you believe that the final victory is at your fingertips?

After the group stage and at the beginning of the 1/8 finals, I was 22-30. I told myself that I must fight for rewards because every jump in the ranking is a higher win. When the 1/8 finals ended, my position in the ranking grew and I was already 15-16. Later, when I was promoted to 9-10 I believed that I could win and I had to bet on logical, most likely to happen events for me. At that moment I thought that there was no more place for surprises during this World Cup.

In the final stage, being once first, once in second place, I already felt that I would finish on one of these places. Other players no longer counted in the fight for the final triumph, because we left them (together with TheGameSimon) behind, and there was no chance for any football surprises that would allow them to overtake us.

Before the last, final coupon I was second in the ranking. When betting on the France - Croatia final, I tried to predict the answers of the player who was then in the first place. I bet on France and he bet on a draw. He almost won with me by 2 points and it all got complicated when Croatia scored for 1-1. On the other hand, I was sure that France would win anyway and that they would score two goals in a row. The game for me was about this difference. When my predictions finally came true, I knew that the first place was already mine. Eventually, I won with an advantage of 0.49 points.

Did you treat this contest seriously from the very beginning or was it rather part of the fun? How much time did you spend on analysis?

From the very beginning, I've treated this seriously, although sometimes the results discouraged me. When I guessed the event correctly, I got focused again and fought on, finally finishing in the first place. In the evenings I analyzed various websites with football statistics, previous results, but this World Cup was full of surprises, so it was not always helpful. A few hours before each match, I asked one or two of my friends about their choices, I analyzed and sometimes I changed my original assumptions.

Exactly...what did your analysis look like, what did you take into account? Any advice for our players?

I followed previous matches of the teams that took part in the World Cup. I also looked at how they did on the previous championships, although sometimes I could not use this information, as it was in case of Iceland – making their debut against Argentina. I also thought that Nigeria would not play too well, that Iceland would beat them and create a new story, but at the end, they lost to Croatia in the third match and that was the end of World Cup for Iceland.

€500 is a big cash injection. Do you already have an idea for what you will use the prize?

I have to give away €300 of my winnings and will save the €200 and spend it accordingly to my current needs. As you may know, the situation in Venezuela is not good and if you cannnot manage your finances, you can lose everything because of inflation. That is the sad reality, and it is not a taboo that average salary in my country is €5. I am very thankful to you guys for organizing the competition, thank you again for the opportunity to participate.

In addition to the main prize, you also won a C. Ronaldo's national team shirt with his autograph. So I have to ask...Messi or Ronaldo?

That's a difficult question, one is from South America, the other from Europe. They present different styles of play, but both are great at what they do. They have many successes and records. I don't know which is better, it's hard to say.

Thank you for participating and once again congratulations!

No, I thank you, without this prize, I would not be able to solve my problems. I also thank you to my friends who supported me and encouraged me to fight for the highest prize. Thank you.

Do you want to try your betting skills? Do you think you're lucky? If you answered 'Yes' to either of the previous questions then we have an offer for you! Join our contest and predict the matches of the next Premier League season and win numerous awards. Check your knowledge about the Premier League and you can win up to €150 in each round! Every day you can answer our questions in Premier League contest, become the best tipster and win big! The contest starts August 6th. Don't wait, join now and go for the prize!

Do not forget our Tipsters League where the seasonal prize pool is €25,000. Sign up for our community where you can exchange information with other tipsters and predict upcoming results. Based on our sports betting predictions you will increase your chances of winning the best prizes. Analyze encounters, make decisions, take risks and be the best JohnnyBet forecaster. 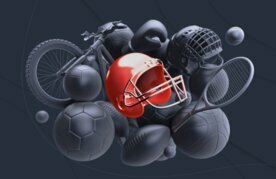 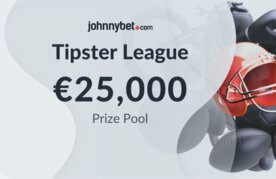 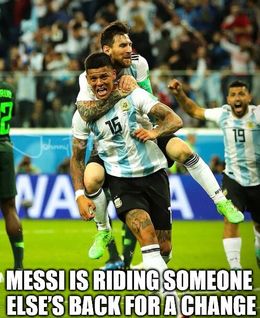