Much like the English Premier League, La Liga started on a Friday night with a great match between Athletic Bilbao and defending champions, Barcelona. It was the hosts who came out on top thanks to a tremendous 1-0 win and that has got everyone excited for the new campaign.

After the break caused by the COVID-19 La Liga is due to be back as of 11th June 2020, so keep your eyes peeled! Before you start watching La Liga online, you might want to prepare yourself for the big games with our La Liga betting tips. This will give you a fair idea who and what to bet on.

Both Real Madrid and Atletico Madrid will be hoping to mount serious title challenges this season and we could be in for a thrilling three-horse race at the top of La Liga. Video Assistant Referee technology will continue be in use throughout the 2019/20 season and that is sure to add to the drama.

The big question is, where around the world can you enjoy Spanish La Liga live streaming online?

Fans in Spain can enjoy watching the 2019/20 La Liga season on Movistar LaLiga and GOL. Movistar LaLiga is a pay-per-view channel offering nine games per week. They will feature the biggest La Liga match of the week and are sure to have Barcelona, Real Madrid and Atletico Madrid showing regularly.

GOL offer the second best game of the week free-to-air and have highlights of the other games. However, they cannot show live matches featuring teams who are playing in European competitions.

Elsewhere in Europe, La Liga coverage is split between many broadcasters. Eleven Sports have become a major player in La Liga live streaming and will be showing Spanish matches in Belgium, Poland, Portugal and Luxembourg.

Setanta Sports Eurasia are also a major La Liga broadcaster across Europe this season, just as they were in the previous campaign.

The 2019/20 La Liga broadcast rights for the United Kingdom have been a major talking point. At the time of writing there is just one game per week being shown live on ITV4.

Thankfully, you are not restricted to watching La Liga using these broadcasters and there are several La Liga 2019/20 live stream services available online.

The good news is there are many top online bookmakers who offer La Liga live streaming as part of their ongoing service to the gambling community.

William Hill offers football live streaming, not only La Liga but also other football leagues from around the globe. You can use our 2019/20 La Liga predictions if you would like to make a bet and then tune into the action using live La Liga streaming throughout the season.

We can recommend 1xBet as another great option. 1xBet have in-play betting markets on all the La Liga matches this season and when placing a bet, you can follow all the action thanks to their La Liga live streaming service.

Betting in-play and watching the game unfold live is one of the delights of football betting and you can do just that thanks to La Liga live streaming for free at 1xBet.

Sign up for a free account at JohnnyBet today and you will have access to all the latest La Liga online betting predictions, odds and tips plus information on where you can enjoy live streaming this season.

Another great way to watch La Liga live is subscribing to DAZN. If you're a user from Germany, Austria, Switzerland, Japan or Italy, DAZN got La Liga live stream in their offer. They also have a 30-day free trial on some markets, so check them out! If you're from Canada, then you're in luck. Have a look at our DAZN Canada Free Trial Review! 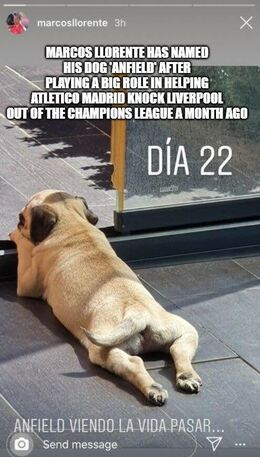