We know who the finalists are for the 2020/21 Champions League and below you will find our Manchester City vs Chelsea betting tips ahead of the showpiece occasion. This is an exciting time for Premier League football fans as both clubs come from the top-flight of English football and follow in the footsteps of Liverpool and Tottenham Hotspur, who recently participated in a Champions League final. Liverpool came out on top that day and the odds for the Champions League 2021 final are 1.85 in favour of Manchester City.

Manchester City have claimed only one European title in their history and that was the 1969/70 Cup Winners' Cup. It is the first time they have reached the Champions League final and Pep Guardiola has been waiting for this day since he arrived at the club. When making Manchester City vs Chelsea predictions, is it worth taking a look at the Premier League table as both teams are participating in the same competition and we can see Manchester City have been by far the better team this season.

We will see what happens in the final. It’s a different competition, we are going to try to play our game, we will analyse and play the final, which is a dream come true for us. Chelsea have been there many times, it's the first time we will be there. We are going to approach it in the best way possible. - Pep Guardiola before the final, The Guardian

Interestingly, Chelsea have a superior record to Manchester City in the Champions League and they became the fifth English team and the first and only team from London to date, to win the competition, when they defeated Bayern Munich in 2012. In addition, Chelsea lifted the Europa League trophy for a second time in 2019, meaning they have tasted European success a lot more recently than their opponents.

Chelsea cannot boast the same unbeaten record as Manchester City coming into this final but they have suffered just a single defeat throughout the competition this season. The loss came against Porto in the second leg of their quarter-final but Chelsea had already recorded a 2-0 win in the first leg to progress. Despite performing well in the competition this season and beating Real Madrid in the semi-final, Chelsea are the clear outsiders in the Manchester City vs Chelsea odds.

Register at Bet365 and look for the best odds for the Manchester City vs Chelsea game!

We have some additional betting picks for Champions League final and we believe Chelsea are a stronger contender than the odds suggest. The teams have met twice since Thomas Tuchel arrived at Stamford Bridge and Chelsea have come out on top on both occasions. One of which was the FA Cup semi-final at Wembley and that shows Chelsea know how to beat Manchester City at a neutral venue. There was just one goal difference between the teams in both games and you can back Chelsea to win the match by a single goal.

Manchester City vs Chelsea | Both Teams To Score - Best odds

It is unlikely we will see both teams completely open up and play attacking football, leaving themselves exposed. Manchester City may even start the game without a recognised striker. Therefore, we believe under 2.5 goals makes a good bet. Another of our Chelsea vs Manchester City betting predictions involves the both teams to score market. If Chelsea are going to come out on top, their best chance is by keeping Manchester City at bay and you can opt for Chelsea to win the game to nil.

Enjoy the 2021 Champions League final predictions made by our tipsters!

However, a look at Manchester City’s progress this season shows they have been superb defensively. In fact, Manchester City have conceded only 4 goals in their 12 Champions League fixtures this season. Therefore, do not be surprised, despite the attacking talent on display, if this one ends 0-0 and we need extra-time.

4. Where to Watch Manchester City vs Chelsea 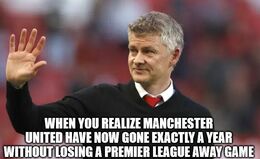