While Manchester United is struggling in Premier League, David Moyes’ team had nice start in Champions League. Comfortable win at home and draw on hard ground in Donetsk looks pretty impressive in comparison to results in Premiership. However it is time for Manchester to prove their good form on European fields.

On the 23rd of October at Old Trafford in Manchester, United will play against Spanish Real Sociedad. After Sir Alex Ferguson left Manchaster United, team at the beginning of the new season is playing weaker than might have been expected. In Premier League they played seven matches. Only three ended with United’s victory. They are on the 9th position in the League table with 10 points. In Champions League Manchester won against Bayer 4:2 and draw against Shakhtar. On the other hand Spanish team is returning to the CL after long break. They would like to qualify to play-offs but after two lost matches: 0:2 against Shaktar and 1:2 against Bayer, they could think only about third position in CL group A and promotion to the Europa League.

All tipsters who are interested in betting on Manchester Utd v Real Sociedad should visit our JohnnyBet website and check free betting tips for Champions League. Whereas when we want to find the best Manchester United v Real Sociedad betting odds we should visit bet365 bookmaker. As we can see, favorite to win this match is Manchester. Actual odds for full time result are 1/2 on United, 10/3 on draw and 11/2 on Sociedad. I think the English players will do everything to win this match and be much closer to the next stage of this competition. Of course these are just my prediction that may have no reflection after the final whistle. One thing is certain. If you are looking for the highest Manchester United v Real Sociedad betting odds I recommend bet365 bookmaker.

Bet365 apart from odds for winner of the match offers also odds for: double chance, correct score, halftime/full time, total goals, goal line and very popular Asian handicaps. As benefits for professional bookmaker, at bet365 website we can also select live in-play option. Here all users can find Manchester Utd v Real Sociedad live betting odds which are available during the match. I can’t forget about promotional offer. All new customers which register at bet365 with JohnnyBet can receive 100% bonus up to £/€/$200 on first deposit! Obtained in this way free money can be used for betting on Champions League matches. 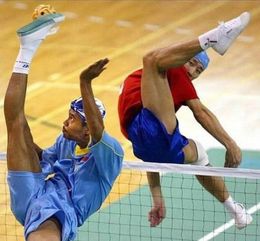