One of the two big lottery games in the United States, is Mega Millions. Mega Millions started life as the Big Game, back in 1996 and therefore, has a history of over 20 years. Having changed names in 1996, the first draw under the Mega Millions brand, was in 2002.

The Mega Millions game is offered in 44 States across America, plus the District of Colombia and the US Virgin Isles. The jackpot always starts at $15 million but usually exceeds this amount, come the time of the draws, which are held on Tuesday and Friday every week. There have been some huge jackpots won, including $656 million, $648 million and $414 million, which are some of the biggest prizes ever given away for a lottery game in the world. No Mega Millions bonus code needed!

It’s possible to play Mega Millions online and also by purchasing tickets from authorised retailers in the United States. Online sales are conducted by regional websites, all of which can be found on the main Mega Millions website. Want to play with other USA lotteries? Read about Illinois Lottery promo code or Michigan Lottery promo code.

1. How to Play Mega Millions

Mega Millions is a simple game to play. Players need to pick six numbers, from two different groups of numbers. Five numbers are picked from between 1 to 75 and one number is picked from between 1 to 15. Each play costs only $1 and to win the jackpot, players must match all six winning numbers from the draw. The jackpot always starts at $15 million and rolls over by $5 million each time there is no winner. You do not have to be a resident of the United States to take part in the Mega Millions draw but you have to be in the country to be able to purchase a ticket. Other option than that is to play online...and get the promo numbers.

At the time of writing, it’s possible to obtain risk free lottery ticket. It is only available if you play Mega Millions or any other lottery online at Eurolotto. If you are new to Mega Millions and have been considering whether to play, now is the perfect time to start.

The Megaplier is available in most states within the US and costs an additional $1 to play. This gives players a chance to multiply the value of a non-jackpot prize, by two, three, four or five times. A non-jackpot prize is anything below matching the six balls, such as five, four or three balls. The higher the megaplier number for the amount of balls matched, the higher the total prize will become.

Mega Millions are always coming up with new and exciting ways to play, in addition to new promotions. If you want to get access to all of the latest promotions that Mega Millions are offering, you want to sign up through the JohnnyBet portal. There is no better way to take advantage of the sign-up promotions and offers that Mega Millions bonus is offering to new players and there is no better way to keep track of what is going on in the betting world. JohnnyBet is your place on the web to make wagering your own online paradise and win as much as possible as often as you can. 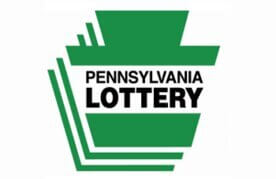 Bolagee Tha Billi about 3 years ago
Is a great thing to announce to the general public for I have been saved and redeemed by winning a powerball lottery with a spell and a winning number from dr.oyalospellhome@hotmail.com or doctoroyalospellhome@gmail.com I heard he has helped lot of people until he helped me this month to win my first $500,000 from powerball. You too can try for your self today is just a spell and a winning number. His call/WhatsApp +2348169340571. This just a beginning I will win ? more.
Good ? luck.
Show all comments
JohnnyBet Humor
The fun for today 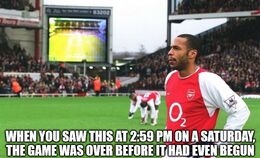 Load more fun
Articles
Play responsibly 18+
We use cookies to give you the best online experience. By using our site, you agree to their usage.
Didn't find what you were looking for? Try our lucky clover.
2022