What should you know in the very beginning of our Netherlands vs Austria betting tips? Group C of the 2020 European Championship is one of four groups which features a qualifying team from the playoffs, North Macedonia. Theoretically, that makes it easier for other teams to fight for the knockout stage. One of such teams are Netherlands and Austria.

These two countries will meet in the second round of games in the group and the match will be played on the 17th of June at the Johan Cruyff Arena, Amsterdam. This will be the second of three matches played at this venue during the group stage and all three of the games will feature the host nation, Netherlands. The odds for this match have Netherlands at 1.50 to win.

With Ukraine the other team to definitely make up this group, every point will be vital in terms of securing a place in the knockout stages of the competition. The question is, who will come out on top in this match? Read on to find out more in our Netherlands vs Austria betting tips and for the latest Austria vs Netherlands betting odds.

Netherlands are the clear favourites to win Group C and progress to the round of 16 of the 2020 European Championship. As they play all three of their group games at home, this hands them an immediate advantage but they have also been showing a vast improvement in form over the past two years.

I prefer Austria to Portugal, yes. With all due respect, we know how tough Portugal is as an opponent. I like that we will play against a country that we have not played against very often. I know a number of their players already. And, of course, we will prepare ourselves as well as possible before coming up against them. - Ronald Koeman after the groups were drawn, UEFA official website

Netherlands failed to qualify for the 2016 European Championship and the 2018 World Cup but have made plenty of improvements during the recent qualifying campaign for this competition and the Nations League. Netherlands reached the finals of the Nations League, beating England 3-1 after extra time before losing 1-0 to Portugal in the final. Netherlands topped a group which contained Germany and France, beating both nations at home.

Register at Unibet and look for the best live streaming options for the Netherlands vs Austria match!

In qualifying for the 2020 European Championship, Netherlands finished 2nd to Germany by just 2 points and enjoyed a good 4-2 away victory against the Germans. Netherlands have lost only two of their last 14 games including friendly matches and are undefeated in their last 6 competitive games. The bookmakers believe they have what it takes to win this match and the Netherlands vs Austria odds have the hosts priced as clear favourites. Continue below for more Austria vs Netherlands betting predictions as we take a look at the chances of the Austrian team.

Austria were drawn in 2020 European Championship qualifying Group G and finished second to Poland. In truth, Poland were easily the strongest team in this group and Austria finished 6 points behind them in 2nd place, 4 points clear of third place North Macedonia. Austria won 6 of their 10 games, losing 3, including their final match away against Latvia.

This will be only the thirrd time Austria have played at the European championship having previously qualified in 2008 in 2016. On both occasions they failed to progress from the group stage and if their previous record is anything to go by, they're going to find this a very tough game to win. Austria have played 6 games at the European championship in their history and are yet to win a match.

Discover the best Netherlands vs Austria betting predictions made by our tipsters!

A look back at historic results between Austria and Netherlands show the Austrians have lost each of their last 6 meetings against the Dutch, which is a poor record. The bookmakers believe they are going to struggle to win this game and continue their run of defeats against Netherlands. The betting odds for Netherlands vs Austria have the latter as clear outsiders. We have more Netherlands vs Austria tips predictions below.

3. Other Bets for Austria vs Netherlands

In a lot of their home games, Netherlands have seen over 2.5 goals scored. It wouldn't be a surprise to see the same number of goals surpassed in this match, with the Dutch doing the majority of the scoring. There is an attractive offer for Netherlands to win the game and over 1.5 goals to be scored.

4. Where to Watch Netherlands vs Austria 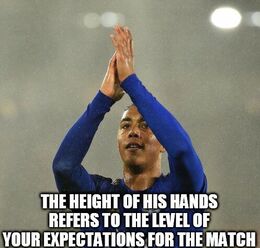 Load more fun
Articles
Play responsibly
Didn't find what you were looking for? Try our lucky clover.
Netherlands vs Austria