Omaha Poker, also known as Omaha hold 'em is a rapidly rising game in the world of poker players. In fact, it is arguably second to only Texas Hold'em and one of the most popular poker variations played in the world today.

The game is actually derived from Texas Hold’em so if you have ever played that form of poker, you will have a bit of a head start when it comes to Omaha Poker. When it was originally developed, players were dealt only two hold cards and had to use these in combination with the community cards to make the best hand. When people refer to Omaha Hold’em, the first part of the name is in reference to the early game of Omaha. The ‘Hold’em’ part of the name comes from the fact community cards are involved in the game.

The community cards are shared by all players and every player can see them on the table at the time they are drawn from the pack.

It is difficult to trace the exact history of when Omaha Poker was first played but it is believed to have originated from the Las Vegas Golden Nugget Casino. Robert Turner, a casino executive, introduced the game to Bill Boyd and it was originally called Nugget Hold’em, after the name of the casino.There are three main types of Omaha Poker played today. They are Pot Limit Omaha Poker, No Limit Omaha Poker and Fixed Limit Omaha Poker. These differ on the types of bet you can place but the basic rules of the game remain the same regardless of which you are playing.

2. How to play Omaha Poker

To begin playing Omaha Poker, one player will place a small blind bet and a second player a big blind bet. The amounts are agreed upon before the game begins and could be $1 for the small blind and $2 for the big blind for example.

Each player is dealt four cards and play commences clockwise around the table, with the person next to the player who places the big blind starting the action. This person can play their hand by calling or raising the big blind. Calling would require the player to place a bet of $2 but raising would require a bet of $4. There is also the option to fold and not participate in the hand.

The final round of betting begins and at the end of that, the players show their cards. The player with the best five card hand, which must be a combination of two hole cards and three community cards, win the hand.

If you are looking to play best poker games, there are few services we can recommend. First one is Unibet with bonus code which allows you to get quite huge possibilities to participate in all what Unibet has to offer. Second one is a William Hill, where you can find almost the same quality of poker games, slots, betting. With promo code for William Hill you can get bonus on start. These two brands offers probably the best quality of services on the poker market. 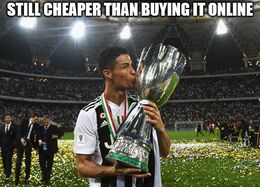