The 2020 Overwatch League is due to commence with the regular season in February 2020 but there has been much going on in the final months of 2019 in preparation for the new season of the popular game.

Between September and October, Overwatch League teams have been exercising their right to bring in new players. By the time we reach November, any players not under contract into the 2020 season will become free agents and these players are permitted to discuss contracts with other teams before their 2019 contracts formally expire.

The deadline for all competing teams to have 8 players under contract is the 15th of November and it is an exciting time as we look forward to the start of the 2020 Overwatch League. The question is, which teams are going to be competing at the top this season?

Before we take a look at how we are going go form our Overwatch League predictions for the 2020 season, we need to be aware of some of the changes to how the league is going to work. There are expected to be over 50 homestands in 2020 as the 20 teams will each host at least two homestand weekends in their respective city.

That means the 2020 Overwatch League will move closer to a home and away format as seen by many sports leagues throughout the world. There will still be 20 teams involved as there were last season but there will be a new divisional element to the league. This will see teams compete in one of 4 divisions across the Pacific and Atlantic leagues. It is likely that teams will play more matches within their division and that will help to cut down travel time and costs.

Thanks to the new format and the fact many players will be playing every week, how is this going to affect the Overwatch League betting during the 2020 season? There will be several new factors to consider, including:

Which teams will make best use of home advantage?

Which teams will adapt best to playing on the road?

How will teams cope with long away trips?

Will divisional rivalries have an impact on motivation and match results?

These are all important questions to consider when making Overwatch League predictions ahead of the 2020 season. However, thanks to the new format there should be plenty of data available when analysing the Overwatch League odds and placing bets throughout the competition.

For those who are experienced in betting on regular American sports such as the NFL for example, the changes to the 2020 Overwatch League could pave the way for new punters to join in and bet on eSports for the first time, which is very exciting.

The first of these is Pinnacle. You will find a wide choice of eSports betting markets at this bookmaker and they offer plenty of betting opportunities for the Overwatch League. If you visit their website, you will notice eSports are listed in the top sports menu on the left side of the website with only soccer and tennis above.

Due to the popularity of watching and betting on the Overwatch League among other eSports, we have seen a rise in the number of dedicated eSports betting websites. Arguably one of the best for Overwatch League betting is Thunderpick. Expect to see a wide range of Overwatch League 2020 betting markets become available at Thunderpick throughout the season. You can also take advantage of their live streaming service to watch all the action live.

Another top Esports betting website which will be featuring Overwatch League odds and offer live streaming is Arcanebet. Watch many of the 2020 Overwatch League games at ArcaneBet while betting on one of the various markets which are available both before and during games. You can also read our ArcaneBet bonus review - you'll find special code there which will grant you an exclusive welcome offer!

Another good eSports bookie to chose for your eSports betting is Unikrn, especially if you're from the United States. Why, because they accept players from the US and secondly it's one of the most advanced eSports bookies on the market. For example you can bet live on Twitch streamers while watching their streams. You can also bet on yourself thanks to revolutionary UMode. At the moment there is no Overwatch UMode but we might see it in the near future! 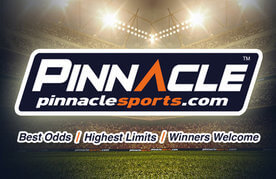 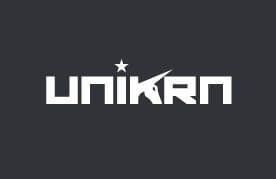 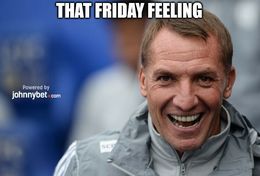