For decades, poker was the preserve of those with the spare cash to take a trip to their local casino, or who had a group of friends/family with which they could play ‘home’ tournaments with prizes ranging from money to peanuts to pride and some poker help was hard to find.

But around the turn of the new millennium there was a surge of interest in online poker as the internet became more prevalent, and today it is estimated that there are more than 100 million active online poker players around the world.

And as 5G and other technological advances make mobile gaming even better, it is not crazy to suggest that the already huge number of players will grow even larger!

So there’s never been a better time to get started playing this exciting card game, and if you are completely new to it this poker help guide will enable you to learn the ropes and become more confident in your play.

1. The History of Poker

Poker was originally played in the United States early in the 19th century, principally in the ‘deep south’ and states like Mississippi.

French travellers introduced Americans to the 52-card form of the game midway through the century, and the flush combination was added to the rules.

It is hard to imagine today's casinos not offering poker games to their customers.

The action spread into the casinos in the 1900s, with new variants of poker created that gave the house an edge. And it wasn’t long before competitive action grew thanks to the World Series of Poker, which was launched in 1970.

Poker was soon televised, and that – coupled with the online poker boom – saw the game explode in popularity worldwide. More players means bigger prize money, and every day there are tens of millions of dollars to be won all over the globe.

There are a number of different versions of the game, and so you’ll have to learn how to play poker with particular reference to each title.

Texas Hold ‘em is the most commonly enjoyed version in tournament play, and this is typically the one you see in movies and on TV with each player getting two cards and using the five in the middle of the table to make up their best possible hand.

Omaha is similar, although here each player is dealt four cards and there are five community cards – their hand must be made up of two of their own plus three in the middle.

In Stud poker, betting takes place on hands made up of face-up and face-down cards, while in online casinos you may play titles like Casino Hold’em – which is essentially Texas Hold’em against the dealer.

While we already established in our article that the poker rules differ slightly from game to game, the general idea of poker is to have a higher scoring hand than your opponents. Using the example of Texas Hold’em, these range from five-of-a-kind at the top of the paytable down to single ‘high’ card at the bottom.

Once you learn the rules of poker, you can instantly play it at 888 Poker without downloading app!

Available actions include calling – when an opponent has already made a call, folding (when your hand isn’t very good), raising (when you believe you are in an advantageous position) or checking (this happens when you want to see the next card dealt but are unsure of the strength of your hand).

There are no rules against bluffing or misleading your opponents, and that is one of the reasons that poker is so popular – often, hands can be won or lost due to mind games, and not just the strength of the cards on show!

The more that you play poker, the more you will learn about its strategy and tactics like bluffing.

But in the beginning, you should simply focus on the execution of your hands and playing the cards you have been dealt, as this will help you how to learn to play poker from a ‘value’ perspective, e.g. when to call, fold etc.

So here’s a quick guide to the poker hands:

In some rare poker hands, a ‘high’ card will be competitive, e.g. an ace high.

There are two options when playing poker online.

You can play in tournaments and cash games at dedicated online poker sites, which can be preferable as they tend to have a larger community of players with games going on throughout the day.

Alternatively, you can play poker at an online casino – both video poker games where you are simply looking to score the best hand, and games like Casino Hold’em where you are playing against the dealer.

Both options offer online poker help, so newcomers are encouraged to try whichever they prefer. If you think that you're closer to a professional player, check Jeff Sarwer advanced poker strategies and learn about profitable professional poker systems.

There are a number of places where you can play poker online at including Bet365!

The vast majority of online poker sites and casinos employ the most rigorous security on their sites – we’re talking Amazon levels of security.

The payment mechanics are secured too, and you can use payment methods such as Visa, MasterCard, Maestro, Skrill, Neteller and PayPal which gives you an extra layer of protection.

All countries have their own laws that dictate whether online poker is legal or not. Online poker is completely legal in the UK, while in the USA you can play poker online in New Jersey, Nevada and Delaware. Canadians can enjoy online poker too, as you can in Ireland, South Africa and New Zealand. Now, this is the end of our poker help piece and we hope you will make a good use of the knowledge you just possessed! 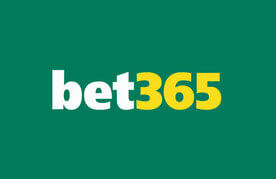 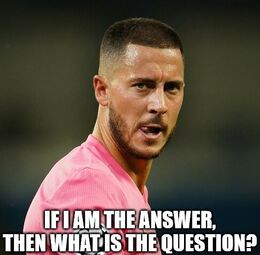 Load more fun
Articles
Play responsibly 18+
We use cookies to give you the best online experience. By using our site, you agree to their usage.
Didn't find what you were looking for? Try our lucky clover.
Help