These two teams simply can’t stay away from each other. Not content with meeting twice a year in La Liga, Madrid neighbours Real vs Atletico have also clashed in four of the last five editions of the Champions League.

On Wednesday August 15 they will meet once again in the European Super Cup; the traditional curtain raiser to the new football season.

Quite how the two teams will be shaping up is anybody’s guess, which makes giving Super Cup predictions rather tricky! After clinching a record-breaking third consecutive Champions League crown, it is believed that Real is looking to reinvigorate their squad so that they can compete in La Liga as well as on the continental front. The likes of Robert Lewandowski and David de Gea continue to be linked with moves to the Galacticos.

As for Atletico, they may well line up with some new faces in their starting eleven; but not necessarily by choice. It is believed that Antoine Griezmann will leave the club in the summer, while Jan Oblak and Saul Niguez have also been linked with moves to pastures new.

Throw into the mix the departed Fernando Torres, and Atleti may have a rather different feel to them in 2018/19. After a hectic summer which of course includes the World Cup in Russia, the Super Cup is a one-off match that realistically holds minimal interest for those involved. But when Real and Atletico take to the pitch against one another, sparks usually fly; June 15’s meeting in Tallinn is unlikely to be any different.

So how are our Real Madrid vs Atletico betting tips shaping up?

Ordinarily, we only pay a minimal amount of heed in the head-to-head records between two teams. With the turnover of players, managers and staff at football clubs being so rapid these days, there isn’t generally any significance in particular streaks or trends that emerge. After all, records are there to be broken.

But the feeling is that the Madrid derby is rather different. These two proud clubs generally enjoy low player turnover, and there is no such thing as a dead rubber between the pair; all matches between them are fought out fiercely, no matter what the prize is at the end.

Since the beginning of the 2013/14 campaign, they have met a staggering 22 times in domestic and continental competition.

And it’s fair to say that Atletico more than hold their own. Their record against Real in that time is a more than respectable W7 D10 L5, which highlights the attention to detail and organisation that Diego Simeone is able to install in his troops.

If we break down that record further, it is interesting however to note that while Atleti tend to prosper in La Liga, it is Real that have the best of things in knockout football.

Since the start of 2013/14, Atletico have lost just one of their eight La Liga meetings against Real. Look at Champions League, Copa del Rey and Super Cup matches exclusively, and we note that Real have the upper hand at W4 D5 L3.

So, if we were previewing a La Liga clash between the pair then we might come up with a different outcome than the Real Madrid vs Atletico predictions that we will be making for this contest!

As we have identified above, the battle for supremacy between Real and Atletico Madrid is a closely-run affair, and that is reflected in the Super Cup odds.

It is Real who have been made a narrow 2.25 favourite with the bookmakers, with Atleti back at 3.00 and the draw after 90 minutes available at 3.25.

But as we have seen countless times in the past, the Real Madrid vs Atletico odds rarely reflect the outcome of the match….

Given the history of how matches between these two teams pan out, we should really be backing Real Madrid to win based upon the fact they seem to have the upper hand on Atleti in knockout, ‘one off’ football matches.

And truthfully, you suspect that Atletico will go through a state of flux this summer, with head coach Diego Simeone being linked with numerous jobs and the likes of Griezmann, Oblak and Saul possibly heading for the exit door.

One thing that is for sure is that Atleti will be hard to beat – that has become Simeone’s trademark in recent years.

But history dictates that Real bring their best football to the table in games that really matter, and a local derby – even if it will be played out in Estonia – should bring out the best in Ronaldo and co.

And so our Super Cup betting tips have to focus on a win for Real's men; how can we bet against the three-time European champions at a price as generous as 2.25?

This match is going to be super exciting and every bookmaker should have odds for it but for now we recommend you to check out William Hill and 1xBet as the ones for this match.

One more thing: all of our recommended bookmakers have also this feature on their sites so if you are looking for Real Madrid vs Atletico Madrid live betting it is easy to find it there.

We may all have World Cup fever, but for Real and Atletico Madrid there is another big match on the horizon in the shape of the European Super Cup. Who will get their 2018/19 season off to the best possible start? Who will win the 2018 Super Cup? 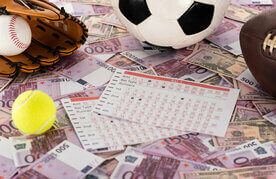 Tips of the Day
Published by JohnnyBet
Comments (0)