For those unfamiliar with the German language, the term ‘Risikoleiter’ may be new to you but if you have played online slots, you could easily have come across it more than once.

Risikoleiter is the German name for a bonus feature which is included in some online slot games. These games are produced by a company called Merkur Gaming, which is part of a bigger German company called Gauselmann Group.

The business is well known for delivering excellence in online gaming and their slots are found on some of the best casinos. If you have ever played Blazing Star, Extra Wild or Eye of Horus, you will know what we mean when we say Merkur are responsible for some of the top slot games online. Blazing Star is available to play in William Hill, with special promo code, you can count on special bonus to start your experience with this slot.

However, each of the three games mentioned above have one other thing in common and that’s Risikoleiter.

If you have played any of the three games and won, you will have been offered a bonus to increase your winnings. This is Risikoleiter and usually you have two options. Let’s take a look at Blazing Star as an example.

This slot was first released in 2015 and it looks much like a classic fruit machine, with five reels and five fixed pay lines. If you create a winning combination of symbols, you are taken to a screen which shows you how much you have won.

You are also given the option to gamble for a bonus and this is Risikoleiter. This is a ladder game and the further you climb up the ladder, the more money to can win. If you select the ladder using the icon at the bottom of the slot game, you are presented with a list of values.

Blazig Star Slot with Risikoleiter feature is available in Unibet!

Once you have seen it in action, it is very easy to understand.

The other bonus option you have involves predicting the colour of the next card to be shown. You have a choice of red or black and if you are correct, your winnings is doubled but if you lose, you win nothing.

So, Risikoleiter is a fun way to try and increase your winnings when playing Merkur slot games. Look out for it the next time you play.

Remember as well about bonuses, that you can receive by best online casinos. We mentioned William Hill, but there is also a great offer at Unibet where you don't need a special Unibet promo code. 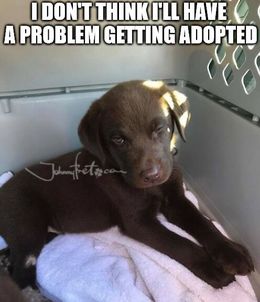