It's the best time to share our Spain vs Sweden betting tips. As everyone knows, group E of the 2020 European Championship contains Spain, Sweden, Poland and Slovakia. That makes winning the opening game of the group very important and the second match to take place will be between Spain and Sweden. The match will be played on the 14th of June at the San Mamés, Bilbao. This hands Spain a home advantage for this match and they will play all of their group games at this stadium.

Spain always head into a major tournament with the belief that they can reach the final. The same cannot be said for Sweden, who often qualify for the European Championship and World Cup but rarely threaten to reach the semi-final or beyond. The odds for this match have Spain at 1.40 and Sweden at 8.50 to win.

However, a victory for Sweden in this match will give them huge confidence they can go far in this tournament but do they have what it takes to cause an upset? Read on to find out more in our Spain vs Sweden tips and predictions and for the latest Sweden vs Spain betting odds.

Spain came through a qualifying group which contained upcoming opponents Sweden, Norway and Romania as their 3 main contenders for the top qualifying positions. Spain finished their qualifying campaign as group winners and had a comfortable 5 point gap over the second place Sweden. They won 8 of their 10 matches, including victory over Sweden at home and remained undefeated throughout the campaign.

We get later dates to play which gives us some extra days to prepare. We have a reasonable possibility of progressing. We still have the self-confidence from the Spain match and we feel we can beat them. It will be a tough game. - Janne Andersson before the match, UEFA official website

The Spanish have won the European championship 3 times in their history, including both the 2008 and 2012 tournament. However, they were eliminated at the round of 16 stage in 2016 by Italy and were also eliminated at the same stage at the 2018 World Cup by Russia.

Open an account at Bet365 and get the best odds for the Spain vs Sweden match!

Nonetheless, Spain have a very good record of progressing from the group stages at the European Championship and only once in the last 6 events have they failed to get out of their group. Spain are undefeated in their last 4 meetings with Sweden and have won 3 of those games. Therefore, they are rightly considered as the favourites in the Spain vs Sweden odds. Continue below for more Spain vs Sweden betting picks as we take a look at the chances of the latter.

As highlighted above, Sweden were drawn in the same qualifying group as Spain and finished second to reach the tournament automatically. The Swedes lost only one of their 10 group matches but that defeat did come but hands of Spain in the away meeting between the two teams. However, Sweden did manage to take a point off the Spanish in the reverse fixture and that helped them on their way to qualification.

This is the fifth time in succession Sweden have reached the European championship but they have a poor record when it comes to qualifying for the knockout stages. In fact, Sweden have failed to get out of their group on each of the last 4 occasions and could find themselves on 0 points following this match.

You must go back to 2006 to find the last time Sweden defeated Spain and that victory came at home in a European Championship qualifying match. The bookmakers believe Sweden have little chance of repeating that win in this game and the betting odds for Spain vs Sweden have them as outsiders. Check out some of the other better markets for this game below with more Spain vs Sweden predictions.

Only twice in the last 5 meetings between the teams have Sweden managed to score a goal. They managed to find the back of the net in the home qualifying game for this tournament and also in a match at the 2008 European Championship. The Spanish defence was miserly during qualifying for this tournament and they conceded 5 goals in their 10 matches.

This suggests Spain could win this match and keep a clean sheet in the process. Our Sweden vs Spain betting tips offer great odds for Spain to win the match without conceding a goal.

You can sign up for a free account at JohnnyBet and enjoy all the build up to this game with our Sweden vs Spain betting predictions and betting odds. In addition, you can follow the Sweden vs Spain live stream with an account at 1XBET, Bet365, William Hill, or Unibet. Once you know where to watch Spain vs Sweden, you can now use our Spain vs Sweden betting tips to place your own bets! 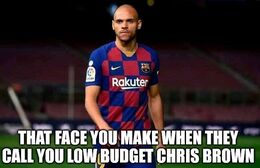 Load more fun
Articles
Play responsibly
Didn't find what you were looking for? Try our lucky clover.
Spain vs Sweden