As Star Trek passed its' 50th birthday in 2017 fans are still being treated to new movies with the most recent 'Into Darkness' being the most financially successful of the entire series. It should be no surprise then to see several slots games based around the franchise, and there are a number of them beaming into various online casinos where JohnnyBet readers are given special treatment when they register using our bonus codes or just by using our links.

Developed by WMS, who have been in the casino games business since the 1960's, Star Trek slot machines join a range of other sci-fi themed games at the online casinos.

An innovative feature of the Star Trek slots is that you collect 'Medals' when you play, and further games become available to you when you have enough of them.

Read our review of this slot machine!

Based around the original TV series, Star Trek Red Alert slot has Kirk, Spock, McCoy the Klingon, Communicators and Phasers, with a Feature symbol awarding you with free spins. During these spins, you have 5 Shields, with one being lost for every spin that doesn't result in a payout, and every successful spin rewarding you with a multiplier prize of up to 15x. Once all the shields are down, you need to choose one of the two communication channels, to either win more free spins until a win is hit, or to get the shields recharged to full power.

The Win Warp feature gives you one of four possible bonuses, namely multiplier wins, extra Wilds, or even an Enterprise Fly-By which changes symbols into higher paying ones.

Every time you play Star Trek Red Alert, you will earn Medals, and once 50 have been collected, which shouldn't take too long, you can access a further slot game - Star Trek Explore New Worlds.

Episode 2 adds some great extra rounds, including the interactive Beam Me Up Bonus, where you get to choose a crew member to fight on an alien planet for you. Zap various objects to reveal prizes, then pick another crew member to win even more, but look out for the Salt Monster who has no prize value attached.

The game still has all the bonus rounds and features that you will find in Red Alert, while collecting 200 Medals opens up the third game in this series - The Trouble With Tribbles.

3. Star Trek The Trouble With Tribbles

Based on one of the most famous episodes, this game stars the cute, furry Tribbles, that nearly took over the Enterprise when thousands of them bred on board the ship.

This slot has the symbols and bonus rounds from the first two rounds, plus the Tribble Pinball Game triggered by getting three or more Feature symbols on the reels. In this round you fire Tribbles around the screen, with each one landing in a tube which has a value against it, and you win the amount shown. You can also win extra Tribbles to fire, or multiplier awards, while the Door Feature reveals a prize winning crew member.

Star Trek has been the subject of a number of slot games over the years, but none like these where you open up new games each time you get enough Medals. The software remembers where you were last time you played, so you don't need to stay fixed to the game for a long time. Just log in and out as you please to move through the episodes.

4. Where to play Star Trek slots

Sadly, this slot machine is not available at any of our recommended casinos. That is why we've prepared for you a list of games that are similar to Star Trek slots. These games are also about TV shows or movies. There is for example Game of Thrones slot that you can play. The example of the brand offering such a game is Slots Million, where you can register following our links, without the need to enter any additional Slots Million promo code.

Don't forget to use JohnnyBet links to get to the website of your choice and get some special bonuses or promotions.

Playing Star Trek slot may make you feel like playing something else in interstellar climate. That is why you can also try out one of the most famous slots about stars - Starburst . It is growing really popular right now. 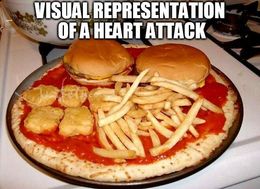