One of the most open groups in the 2020 European Championship is Group A and ahead of the 20th of June at the Olympic Stadium, Baku we have our Switzerland vs Turkey betting tips. With Italy and Wales facing off in the other fixture during the final round of games in this group, the winner of this match could have a great opportunity of finishing inside the top two places and progressing to the knockout stages of the tournament. At the time of writing, Switzerland are the favourites to win this game at 2.50.

We begin our Switzerland vs Turkey tips and predictions but taking a closer look at the former and the Swiss qualified for the tournament by finishing top of Group D. The group contained Denmark, Republic of Ireland, Georgia, and Gibraltar, so it was not an easy group by any means and Switzerland finished just 1 point above Denmark and 4 points above Republic of Ireland.

We don’t need to be scared of anybody. We go into each game looking to win it. Turkey have slight advantages in that they’re playing ‘home games’ in Baku. But our first objective is to progress to the next round. - Vladimir Petkovic after the Euro groups were drawn, Sky Sport Italia

It is difficult to judge who is the Switzerland vs Turkey favourite and this may be decided following the previous two rounds of fixtures in this group. We may have a case where both teams still have a great opportunity to qualify for the knockout stages and that will make it difficult for the bookmakers to make the Turkey vs Switzerland outsider in the betting odds.

At Unibet you can find one of the best odds for the Switzerland vs Turkey match!

Switzerland qualified for the knockout stages at the 2016 European Championship but it was the first time they have progressed beyond the group stages in their history. Therefore, some Turkey vs Switzerland betting predictions may believe it is going to be tough for the Swiss to repeat the feat of 2016 and enter the Round of 16 in 2021.

Turkey appeared to be a nation on the up and that is why many Switzerland vs Turkey tips and predictions are pointing towards a Turkish victory and progress to the next round. The betting odds for Turkey vs Switzerland have the former as a slight outsider to win the match, which suggests it could be a close game.

If you need good Switzerland vs Turkey predictions, check those made by our tipsters!

Turkey did well to keep pace with France during European Championship qualification and they finished only 2 points behind them in the group. In fact, Turkey proved more than a match for the French and they defeated them at home plus picked up a point in a 1-1 draw in Paris. Results like that suggest Turkey could have the beating of Switzerland in this game and that could be the difference between qualifying for the knockout stages and going home.

Turkey reached the semi-final of the 2008 European Championship but were eliminated at the group stage in 2016, finishing below Croatia and Spain in Group D. Read on for more Turkey vs Switzerland betting predictions below, as we a look at some of the potential goal scorers in this game.

3. Other Bets for Switzerland vs Turkey

You must go back to the 2008 European Championship to find the last time these two teams met and it was Turkey who came out on top, winning 2-1. Both teams scored on that occasion and if you look back at previous meetings between the teams, both teams have scored in 4 of their last 5 matches. The betting odds for Switzerland vs Turkey offer interesting price for both teams to score in this game.

Turkey’s strength arguably lies in defence and their defensive players can also cause problems from corners and free-kicks. Central defender Çağlar Söyüncü has proved himself in the English Premier League for Leicester City and is always a threat from set-pieces, as shown during World Cup qualification. You can get great odds for Söyüncü to score any time in this match. For the Swiss, it is worth backing striker Haris Seferović to open the scoring.

4. Live Transmission for Turkey vs Switzerland 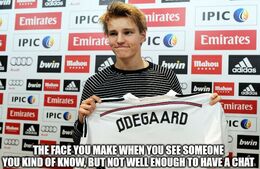