Ultimate Fighting Championship, also known as UFC, is a mixed martial arts business based in Las Vegas. If you watch any form of sport on television or online you are sure to have seen an advert for one of the big UFC events.

UFC events are staged worldwide and there are several weight divisions and titles to be won. You must go back to 1993 to find the first official UFC event and it was held in Denver, United States.

The sport itself is very exciting to watch as competitors aim to defeat the other using a range of mixed martial arts techniques. The various techniques are a combination of different aspects of martial arts including boxing, Brazilian jiu-jitsu, wrestling, karate and judo to name but a few.

There are several deals in place with television companies around the world to show live television coverage of UFC. The main one in the United States is ESPN and they have recently agreed a five year deal which will see ESPN show 30 UFC Fight Night events per year. Each of these will have at least 12 fights per night and are shown in conjunction with Fox Sports (here: https://www.foxsportsgo.com/).

In the United Kingdom, BT Sport were showing UFC live but they have since lost the rights to Eleven Sports, who use live streaming online to show UFC fights.

Fight Network, Sportsnet and Polsat also have rights to show UFC live in various regions of the world. However, the best way to watch this incredible, all-action sport is UFC live streaming and we have some great information below on that subject.

People from Austria, Germany, Japan, Italy and Spain can watch UFC on DAZN. Although the platform is based on subscription, their offer is quite impressive so it's worth to check'em out.

Is there anything better than watching an event unfold and being able to place a bet live? Thankfully, you can do this with UFC and there is several UFC live streaming options. You can subscribe to a live streaming service such as Eleven Sports or DAZN and catch all the action there or you can use an online bookmaker for all your UFC live streaming needs.

Nothing beats betting and watching UFC at an online bookmaker as you have instant access to both at the same place. We feel like you might need some free UFC betting tips and predictions to help you along the way. You can bet on who will win the fight, method of victory, when the fight will end among others when watching UFC live streaming.

If you are interested not only in UFC but also streams of MMA in general, you can find more information about it at JohnnyBet.

One of the best bookmakers for UFC live streaming is 1XBET. You will find a good choice of live streaming throughout the year and can place your bets at the same time to complete the UFC experience. Sign up for an account with 1XBET today using the special JohnnyBet link and code JOHNNYBET and enjoy some fantastic bonuses. 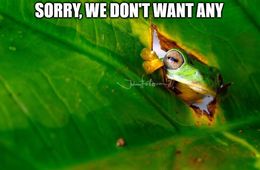