The 2020 European Championship is due to commence in June with two matches in Group A for which we prepared these Wales vs Switzerland betting tips. The two teams meet on the 12th of June at the Olympic Stadium, Baku in Azerbaijan. The odds for this match are 2.20 for Switzerland to win the game.

Unlike many of the matches at Euro 2020, this game is being played at a neutral venue and therefore neither team have a home advantage. This makes it more like a traditional European Championship match and it will be interesting to see the number of fans for both teams inside the stadium.

This is a crucial match for Wales and Switzerland and both teams will want to pick up points ahead of their later meeting with Italy in the group. The Swiss must travel to Rome to play Italy in their second match of the group and then return to Baku for their third game which is a lot of travelling. Therefore, getting off to a good start will be vital but which team will come out on top?

Find out more in our Wales vs Switzerland predictions and the latest Switzerland vs Wales betting odds.

Switzerland know what it takes to qualify for major football tournaments having done so several times in recent years. They have played in each of the last 4 World Cup finals and reached the Round of 16 at both the 2014 and 2018 World Cup. The Swiss also reached the round of 16 at the previous European Championship in France, losing out to Poland on a penalty shootout.

Logistically it's Baku, Baku, Rome, which is better for us and the fans. Switzerland are a talented team but we’re getting better and better as a group of players. That balance of experienced players who you’ll know and maybe the younger players who you don’t know so much, who have been fantastic for me. - Ryan Giggs after the groups were drawn, BBC

Therefore, it is clear Switzerland know what it takes to get out of the group stages at a major tournament. They were placed in a tough qualifying group along with Denmark, Republic of Ireland and Georgia. The Swiss did well to finish top of the group and they won 5 of their 8 matches, losing only one to claim 17 points, 1 point more than second place Denmark.

Go to William Hill and look for the best Switzerland vs Wales betting odds!

Switzerland have won 4 of their last 5 competitive matches and come into this game as the slight favourites to take maximum points. The Wales vs Switzerland odds have the Swiss as avourites to win the match.

Wales have qualified for the second European Championship in their history. Having failed to reach the 2018 World Cup, it was a big moment for the Welsh and they clinched their place in the finals by defeating Hungary 2-0 at home in their final qualifying match. Wales finished second to Croatia in their group and above Slovakia and Hungary.

The Welsh fans will be hoping for a repeat of the 2016 European Championship when Wales reached the semi-final of the tournament. They got off to a great start in that competition by defeating Slovakia in their first group game and will be hoping for another positive start at Euro 2020. However, Switzerland are expected to be tougher competition than Slovakia were 4 years ago but there is no doubt Wales have the talent in their team to cause the Swiss plenty of problems in this match.

3. Where to Watch Wales vs Switzerland

It will be interesting to see how both nations approach this game as it is the first in the group. Neither team will want to come away with a defeat and that could lead to a very tight match. However, there is no doubting the quality of the attacking players for both teams. Switzerland can call upon Xherdan Shaqiri and Breel Embolo while the Welsh have Gareth Bale, Daniel James and Aaron Ramsey among others.

Browse through the best Wales vs Switzerland predictions created by our tipsters!

Therefore, it seems unlikely this game is going to finish without a goal and you can get very nice odds for the draw and both teams to score. Nonetheless, this is unlikely to be a very high scoring match and it would not be a surprise to see it finish with under 2.5 goals. Bookies offer great odds for under 2.5 goals to be scored and you can also get a fair price for the game to end level at 1-1.

For those who would like to bet and watch the match unfold live you can thanks to Wales vs Switzerland live streaming at 1XBET, Bet365, William Hill, or Unibet. You can also create a free account at JohnnyBet for all the build-up to the game with our Switzerland vs Wales predictions and Wales vs Switzerland Betting Tips.

4.1 What are the Wales vs Switzerland betting odds?

The favorite of this match is Switzerland. You can back up their win at 2.2 odds. Bookmakers set Wales' win at 3.9 odds.

4.2 Where to find Wales vs Switzerland live stream?

Bet365, Unibet, William Hill, or 1XBET are the brands commonly known for their broad offer for Euro 2020, so we advise you to have a look at what they prepared in the Euro 2020 market. 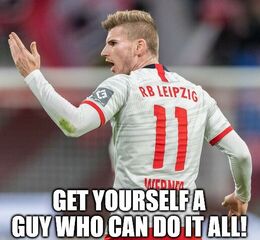