The draw for the European World Championship qualifying groups took place on the 7th of December 2020 in Zürich, Switzerland and now we can bring you our WC 2022 qualifiers betting tips. We will also provide you with the best odds for some teams to qualify for the main tournament. For example, the odds for England winning the group and going to Qatar are about 1.06 with Bet365. It's not the most attractive price, but, for example, you can take a risk and bet on Wales or Scotland to win their groups at 11.00 and 13.00 with Bet365, respectively.

There are still plenty of matches to follow so you should be prepared for a lot of opportunities to earn some money. However, in this article we bring you the overall look regarding the whole qualification stage. Don't forget that WC 2022 will be special not only because of the current COVID situation but also because 2022 football World Championship will take place in winter due to the high temperatures during the summer in Qatar. Nevertheless, it'll sure be a great tournament, so let's take a look at who can play there thanks to successfully going through the WC 2022 qualifiers.

The format of 2022 World Championship qualification sees five groups of 6 teams and five groups of 5 teams. The 4 teams that qualified for the 2021 Nations League Finals (Italy, Spain, France, and Belgium) have been placed into the smaller groups so they have time to fulfil their Nations League fixtures. In terms of qualification for the finals, the World Championship qualifiers format sees the group winners qualifying automatically for the WC finals in Qatar.

The 10 group runners-up will be joined by the best two Nations League group winners in the playoffs. The 12 teams will be drawn into three play-off paths, playing two rounds of single-match play-offs. These will be known as a semi-final and final. The three teams who come out on top in the finals will progress to the 2022 WC. In total, there will be thirteen teams from Europe playing next year in Qatar.

In terms of the 2022 WC qualification matches, they will take place between the months of March 2021 and November 2021, with the playoffs in March 2022. There is a lot of matches scheduled within this quite short period of time, so it's understandable why there've already been a couple of surprising results.

Standard bonus on Unibet
£40 Money Back as Bonus on your First Bet + £10 Casino Bonus (T&C Apply)
Join and bet at Unibet!

We begin our WC 2022 qualifiers preview by taking a look at Group I which contains England, Poland, Hungary, Albania, Andorra, and San Marino. It immediately became clear why the English team were considered one of the 2022 World Championship qualification favourites with Bet365. In fact, England are one of the favourites to be crowned 2022 WC champions, so it makes sense they were expected to win their qualifying group. With just four games to go, England already have 16 points to their name and only some kind of disaster could prevent them from finishing first.

There are young players emerging, there are players who are in a rhythm at the moment. We'll be playing in Qatar in the middle of a season where injury could be a factor. So there's a lot that can happen with the squad but first and foremost we've got to get next month right as we're still not assured of our place yet. - Gareth Southgate after the matches held in September, the Independent

The other contenders for WC qualifiers in Group I are Poland, and they will fancy their chances of finishing above Hungary and Albania but topping the group ahead of England is almost impossible task. Therefore, we expect to see Poland feature in the playoffs. As for the WC 2022 elimination outsiders, Andorra, and San Marino are fighting for who can avoid finishing bottom of the group.

Moving on in our 2022 World Championship qualifiers predictions and we come to Group A which features Portugal, Serbia, Republic of Ireland, Luxembourg, and Azerbaijan. The Republic of Ireland have earned only 2 points in their first 5 games, which makes it actually impossible to advance even for the play-off stage.

The Portuguese must be regarded as one of the WC 2022 favourites and most betting predictions for 2022 WC qualification have them as group winners, which is totally understandable. This is backed up in the World Championship 2022 qualifiers odds, with Portugal the favourites with William Hill to top the group. Republic of Ireland were available as one of the contenders with Unibet to finish inside the top two teams and reach the playoffs but with Serbia being close it is clear the Irish team won't play in Qatar next year.

Continuing our WC 2022 qualification tips and predictions, we move to Group C and this contains Italy, Switzerland, Northern Ireland, Bulgaria, and Lithuania. There is no doubt Northern Ireland have the potential to upset the World Championship 2022 qualification betting odds and they have proven a difficult team to beat, even for the best teams in Europe over recent years. And it's worth mentioning that apart from Italy, the level of the remaining teams are very similar.

When playing at Windsor Park in Belfast, Northern Ireland can be a match for anyone and are sure to test the likes of Italy and Switzerland on their own turf. If anyone is going to defy the odds for WC qualification, it is Northern Ireland and they are available to finish inside the top two. However, it is clear to see who the favourite is to progress as group winners, with Italy being a big favourite with Bet365 and Switzerland available as the main underdog with William Hill to top the group.

Wondering where to place your football bets?
Go to William Hill!

Next in our 2022 WC qualifiers predictions we come to Group E and this is home to Belgium, Wales, Czech Republic, Belarus, and Estonia. In this group we find arguably one of the most talented international teams in world football and Belgium are the clear favourites with Bet365 to win the group. Czech Republic come next, with Wales being rather the outsiders. However, both teams have 7 points and with one more match to go, Wales seem to have big chances to advance to the play-off stage.

The Welsh have a good recent record in terms of qualifying for the European championship and also have the possibility of a place in the playoffs courtesy of their successful Nations League campaign. However, the aim for Wales will be to finish second in this group and they are very focused to do just that. Looking at what matches are left to be played, it is very probable they can achieve that.

Finally, we come to Group F which contains Denmark, Austria, Scotland, Israel, Faroe Islands, and Moldova. This has the makings of being a tight group with Denmark, Austria, Scotland, and even Israel capable of putting a good run of results together. Some of the closest 2022 WC qualification matches are in this group, with Denmark, Austria, and Scotland being close favourites to finish top. The pick of the betting could come in the finish second market, with Scotland being offered at a very interesting price there. At the moment, they have a slight advantage over both Israel and Austria.

For example, you can check our 1XBET sign up code available in the related article and enjoy their live streaming offer. Not only will you be able to follow all the action live but also enjoy having a wager on the games.

Do not forget to sign up for our JohnnyBet tipsters contests, where you can show off your knowledge of football and win cash prizes, free of charge. There is a number of great benefits coming from that and for more details about our tipping league with prizes check the related article. So, if you are confident about your WC 2022 qualifiers betting tips, why not put them to the test in the JohnnyBet tipsters contest?

Do you want to check how good are your tipping skills?
Play in our Tipsters League!
comment Wc2022QualifiersBettingTips
Recommended articles:

iekahB3aimai32 12 months ago
I wish Wales would play in Qatar. They have been waiting for playing in the World Cup for over 60 years now...
Show all comments 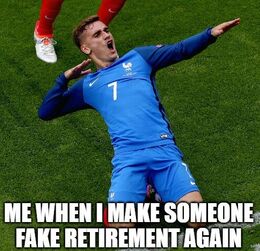