Where to Watch Esports Online

The Esports industry has grown rapidly over the past decade. There are many major tournaments staged all over the world where the leading players compete for not only the prestige of being the best player in their field but also for huge sums of money.

Some of the top Esports games include League of Legends, Fortnite, CS:GO, Call of Duty, FIFA, Dota 2 and many more. In addition to the number of people participating in these competitions the number of people watching has also increased. For example, back in 2017 The League of Legends Worlds 2 tournament had over 2 million fans watching during the grand finals. The question is, how do people watch Esports ?

Esports can be great fun to watch! Why not give it a go?

There is no doubt it has become big business so let’s find out how can you enjoy Esports live streaming and also join in with Esports live betting .

You have several options when it comes to where to watch Esports online . Ask most people who are already regularly watching Esports streaming and they will most likely answer ‘Twitch’. This has the highest number of Esports competitions and individual Esports players available to watch live at one time. You can watch professionally hosted esports tournaments in high definition plus individual streamers playing games.

When enjoying Esports live streaming at Twitch it is also possible to meet and chat with other fans who are watching the same event or individual as you. This makes for a very sociable environment and is another reason why Twitch is so popular when it comes to watching Esports online.

In addition to the main website you will also find an app to watch Esports for Twitch on both Android and iOS devices.

Have you ever wondered what Esports are all about? Now's your chance to find out!

One of the most popular online video streaming services is YouTube. It should come as no surprise that YouTube has become one of the top places for Esports live streaming online. They have created a specialist gaming section on the website and you will find competitions taking place live across a wide range of games including all of those listed above. Not only that but at YouTube Gaming you will also find many gaming tutorials which are great if you aspire to entering an Esports tournament yourself.

When looking where to watch Esports online you are likely to find a higher number of casual gamers using YouTube and more professional Esports players using Twitch.

In addition to the two websites highlighted above, more regular television stations are beginning to show live Esports competitions. These include ESPN, BT Sports, Sky Sports and even the BBC. Some of these channels, such as ESPN and Sky Sports require a subscription so they may not be the best choice if you are looking specifically for Esports streaming but if you also enjoy following other sports, they are worth considering.

Social media websites have also got in on the act and it is possible to enjoy Esports live streaming using Facebook. The company have previously purchased exclusive Esports streaming deals with ESL. This gave Facebook Live the rights to a small number of their major tournaments with games including CS:GO and Dota 2. The live streaming coupled with social interaction makes Facebook an intriguing proposition when choosing where to watch Esports online . However, it is fair to say they still have some catching up to do in comparison to some of the other options detailed above.

One of the options which many Esports fans decide to use is live streaming at Esports betting websites. Those who are new to competitive Esports are often left wondering where to bet live on esports but there are some great options available.

ArcaneBet is a good example and this bookmaker has been created especially with Esports in mind. They offer esports live betting for a huge number of events around the world. All of the major tournaments are covered but you will also find many of the smaller events are also available on which to bet.

ThunderPick for Esports is another great option when searching for esports live betting odds. You will find all the current events taking place as soon as you load up the homepage and you can also check for upcoming Esports matches and competitions. While both of these betting websites have been created for Esports betting, other online bookmakers who have long been in business are also accepting Esports betting. This includes Bet365 - Esports listed in the main menu on the left side of the website along with all the other sports.

In addition to betting you will also be able to watch Esports live streaming at these websites. When you place a bet on an Esports event you can watch all the action unfold live, bringing an extra edge to the entertainment.

If you want to find out more on live betting on Esports, have a look at our other article that gives more details of the best Esports betting sites on the market.
comment WhereToWatchEsportsOnline
Recommended articles: 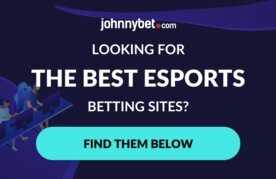 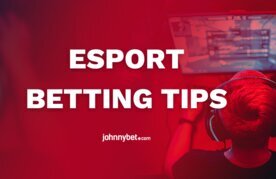 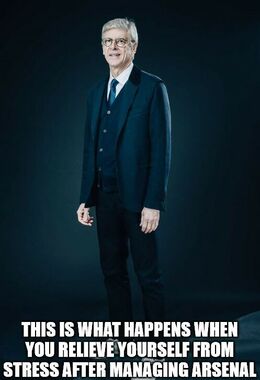 Load more fun
Articles
Play responsibly 18+
We use cookies to give you the best online experience. By using our site, you agree to their usage.
Didn't find what you were looking for? Try our lucky clover.
watch esports online