The 2021 Wimbledon Championships is due to take place between the 28th of June and Sunday the 11th of July, so now is the perfect time to bring you our Wimbledon 2021 betting tips. We are excited to discuss the latest tips and predictions for Wimbledon 2021 because the tournament was cancelled in 2020, to the great disappointment of sports fans around the world. Thankfully, the tournament should go ahead this year and we can take a closer look at who will win Wimbledon 2021. The odds for the Wimbledon 2021 winner are 6.50 for Ashleigh Barty and 1.90 for Novak Djokovic.

As always, the tournament will be held at the All England Lawn Tennis and Croquet Club, London. Continue below, where you will find the latest Wimbledon 2021 odds, Wimbledon 2021 ante-post predictions and information about where to watch 2021 Wimbledon. We start by taking a look at who will be the Wimbledon 2021 winners, beginning with the men’s singles.

When creating Wimbledon betting tips, it is often best to begin with the defending champion and in this case, that is Novak Djokovic. The Serbian won the 2019 men’s singles title, beating Roger Federer in the final. It was a tremendous final, that went to five sets and Djokovic won the deciding set 13-12 via a tie-break. The Wimbledon betting odds offer attractive odds with William Hill for Djokovic to successfully defend his title. He has won three of the previous six Wimbledon titles, including each of the last two and if Djokovic is at his best, he will be difficult to beat.

Next in the ante-post odds for Wimbledon 2021, we come to Stefanos Tsitsipas at a great price with Bet365. The Greek lost in the first round of the 2019 Wimbledon Championships and has yet to progress beyond the fourth round of the competition. He has previously reached the semi-final of the Australian Open and French Open plus won his first Masters 1000 title at the 2021 Monte-Carlo Masters recently. However, there may be better bets available when choosing the Wimbledon 2021 winner.

Roger Federer is a Wimbledon legend having won the title 8 times but you must go back to 2017 for his most recent victory. The Swiss withdrew from the 2021 Australian Open following knee surgery and won his first ATP match in 14 months at the Qatar Open in March. At great odds with Unibet, it is difficult to back Federer right now but at Wimbledon, he always has a chance.

Open an account at Bet365 and find the best odds for Wimbledon events!

Two additional Wimbledon 2021 favourites are Alexander Zverev and Daniil Medvedev. Unfortunately, Rafael Nadal is no longer among the main contenders as he won't play at Wimbledon this year. Medvedev is available at the same price and has reached two Grand Slam finals in his career to date, losing both. Having reached world number 2 in the ATP Rankings earlier this year, Medvedev became the first player outside of men's tennis' “Big Four” to reach this position since July 2005. Some of the interesting 2021 Wimbledon outsiders with 1XBET include Andrey Rublev, Andy Murray, and Nick Kyrgios.

We continue our Wimbledon 2021 preview with some Wimbledon 2021 betting predictions for the women’s singles. The favourite to lift the trophy at the time of writing is Ashleigh Barty. The Australian was eliminated at the fourth round stage in 2019 and that is her best performance to date at Wimbledon. Barty will come into this event with at least three titles to her name this year having claimed the Yarra Valley Classic, Miami Open, and Stuttgart Open.

Naomi Osaka was hoping to put her first round elimination of 2019 behind her as she was supposed to come into the 2021 Wimbledon Championships as one of contenders. Unfortunately, the talented player had to cancel her presence at 2021 Wimbledon and, obviously, we no longer see her as one of the favourites.

It will be strange, without a doubt. But to be a little bit strange, to still be able to play Wimbledon, is certainly my preference. It would be a shame to not be able to play that incredible tournament. I think as players, but certainly from my point of view, we do the right thing, we do what we have to do to enjoy the fact we get to play at Wimbledon. - Ashleigh Barty about covid-related restrictions during Wimbledon, BBC

Serena Williams is trying to build upon what is already legendary status in tennis by winning an 8th Wimbledon title. The American reached the final of the 2019 tournament and has since reached the semi-final of the Australian Open. Much will depend on her fitness but there is no doubt, even at the age of 39, Williams can go all the way.

Enjoy the best Wimbledon predictions posted daily by our tipsters!

Some of the other contenders in the ante-post odds for Wimbledon 2021 include Petra Kvitova, defending champion Simona Halep, and Garbine Muguruza. Interesting outsider Wimbledon predictions include Karolina Pliskova and Madison Keys.

The Wimbledon online transmission will differ depending on where you reside but for the host nation, the BBC will be streaming the tournament live. For additional Wimbledon 2021 live streaming and great betting opportunities, we recommend you check out our leading bookmakers, including Bet365, 1XBET, William Hill, and Unibet. Take advantage of our Wimbledon 2021 betting tips while catching all the action live. 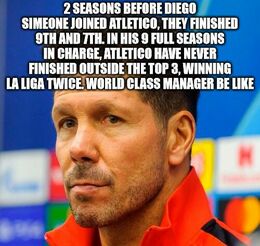