Wimbledon 2020 was cancelled due to coronavirus outbreak. We invite you to try out your tennis bets in our Tipping Competition.

Wimbledon is arguably the most prestigious tournament in tennis. One of the four Grand Slams, there is something special about Wimbledon, with the players wearing white and the grass courts which make it a fantastic event in the sporting calendar.

As always, Wimbledon 2020 will take place at the All England Lawn Tennis and Croquet Club in Wimbledon, London. The tournament is due to begin on Monday 29th June and will end with the men’ singles final on Sunday 12th July.

This year, Wimbledon will see a move to an online ticket ballot for those who would like to attend the tournament in person. 2020 could also be the first time we the shot-clock in action at Wimbledon, something which has previously been used in the Australian Open.

We begin our Wimbledon 2020 preview by taking a look at the men’s singles event. The defending champion will be Novak Djokovic, who successfully retained his title in 2019. The Serb has won Wimbledon five times and he has won it twice in a row on two occasions. However, he has yet to win it three times in succession and that will be the aim in 2020.

The Australian Open is clearly Djokovic’s favourite Grand Slam event but even at 32 years old, he has age on his side compared to his major rivals. If Djokovic remains fit, he will have to start the 2020 Wimbledon Championships as the favourite. The Wimbledon 2020 betting odds have Djokovic out in front, priced at 6/4 with Bet365.

While Djokovic has never won Wimbledon three times in a row, Roger Federer has gone two better than that. Between 2003 and 2007, Federer won Wimbledon five times in succession, which is an incredible record. However, with his first Wimbledon title coming back in 2003, it shows the age of the Swiss legend who will be 39 by the time the 2020 tournament begins.

It will not be a shock to see Federer progress to the latter stages of the tournament but many Wimbledon 2020 predictions have the Swiss slowing down in 2020. No one can defy the aging process forever and it would be a surprise to see Federer win Wimbledon 2020. Nonetheless, he is the second favourite in the Wimbledon 2020 betting odds and can be backed at 4/1 with Bet365.

Bet on your favourite!
Visit Bet365

Rafael Nadal reached the semi-final in 2019 only to be outdone by Federer. The Spaniard needs to remain injury free but with the French Open always his number one tournament, it remains to be seen if Nadal can win his third Wimbledon title. Nadal is available at 5/1.

An interesting inclusion in the Wimbledon 2020 betting tips is Andy Murray. The Scot made a return to competitive action in 2019 but it is unknown how his previous injury, which brought him close to retirement, will cope with the demands of the ATP Tour. Murray is available at 12/1 with Bet365 to win Wimbledon 2020.

Moving to the women’s draw and Simona Halep will return to defend the title she won for the first time in 2019. It was clear how much the success meant to the Romanian who has been at the top of the women’s games for many years. 2019 was the first time since 2014 Halep progressed beyond the semi-final at Wimbledon but know she knows what it takes to succeed.

However, many Wimbledon 2020 predictions are pointing toward former cricket player, Ashleigh Barty. The Australian returned to tennis in 2016 and won her first WTA title the following year. She already has one Grand Slam under her belt having won the 2019 French Open and big things are expected of her going forward into 2020.

Serena Williams will be hoping to return to the All England Club in 2020 and press her claims for an eighth Wimbledon title. Her loss to Halep in the 2019 final means she has been runner-up in the last two tournaments and will be desperate to go one better before she retires. The Wimbledon 2020 betting odds have Williams at 10/1 to succeed.

There is not better way to follow your favourite players than via Wimbledon 2020 live streaming. You can get access to Wimbledon live streaming at top online bookmakers such as 1XBET and even participate in live in-play betting. 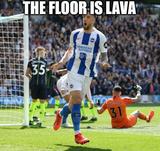