Bally was founded in 1968, under the name Advanced Patent Technologies, and in 2006 it adopted the Bally name, from a company formed in the 1930's. Now owned by Scientific Games, Bally had a 2013 turnover approaching $1 billion.

Bally Technologies have been developing some of the most exciting and innovative slots machines since long before the advent of online casinos. Probably the biggest success for Bally has been the Blazing 7's range of games, which covers such famous titles as Hot Shot and Quick Hit Platinum each of which you can find at our top-rated casinos. By registering at either via JohnnyBet, you can play Blazing 7's slots free, with no deposit required, which is a great way to start experiencing the benefits of these games yourself.

Use our voucher code for Energy Casino or links included in Slots Million promo code article to get the best bonuses and play slots similar to Blazing 7s.

The common feature of these games is the Blazing 7's symbols themselves. These come in several versions, with either 1, 2 or 3 Sevens surrounded by flames, with each type paying out its' own combination of prizes when the right number of them land across a payline. You can also win when the Wild symbols help to make up wins. Should you get less than the required number of Blazing Sevens to make a winning combination on a line, but also get the Wild symbol, you will still get a payout, as the Wild substitutes for Blazing 7's symbols across all the games. The most widely played Blazing 7 slots online are Hot Shot and Quick Hit Platinum.

In this 5 reel, 20 payline game, you spin the reels to line up icons like the Bar, Bell, '$' and of course, the all-important Blazing 7's in single, double and triple forms. A special feature of this slot is the Game-In-Game bonus, which starts when three or more scattered Blazing 7's, Diamond Line, Double Jackpot or Triple Jackpot symbols appear.

Once this starts, you will see a mini 3-reel slot on the reels which will spin once with richer symbols than in the base game. Prizes will be added to your balance once the round ends, with some amazing rewards possible, while other high paying symbols can appear at any point in the game, such as the Double and Triple Jackpots, and 5 Bar Jackpots.

Another 5 reel game, with 30 lines, the Quick Hit Platinum slot has the single, double and triple Blazing 7's, as well as Bars, Bells, Cherries and the special Quick Hit symbols. The Blazing 7's pay out between 100 and 1000 coins when you get 5 on a line, but here, they are not the biggest paying icons that you can get, That honour belongs to the Quick Hit Platinum symbol that can treat players to a massive sum that can be equal to 5000 coins, while the regular Quick Hit symbol can be worth 2000 coins.

Each of these games can be played at our top-rated casinos and you can play Bally Blazing 7's slots machines at either one.

This game is packed with bonus features that can be activated by making a Wizard Bonus Bet. This unlocks a Wizard Wild and Mystery Wheel both of which will ensure that you get more wins, more often and a guaranteed feature game with each spin.A free spins round, with all pays tripled in value can be triggered by the Scatter symbol, or the Mystery Wheel, while the reels are different during these games, with extra wins possible. The free spins can be re-triggered by the More Free Games symbol. Get a Magic Potions symbol on reels 1, 2 and 3 to start a side game, where the player gets to select up to 7 potions, revealing a prize within each one. Pick all 7 without finding the Cursed Potion for a payout equal to 100x your bet amount. The Invisible Ink round is a quick game where the player clicks the symbol to reveal a prize of up to 20x the bet value.

Download Cash Wizard slot for lots of winning spins, and like Quick Hit Platinum, you can be playing this slot using one of our top-rated casinos, hand out to JohnnyBet readers who visit these sites via the special links.

Unfortunately game is unavailable on our top-rated casinos, but in table below you can find best alternative games for Cash Wizard

febrisan about 4 years ago
that's really great idea to play for free stars, where you can "check your luck" and to play for real money in the same casino
Show all comments 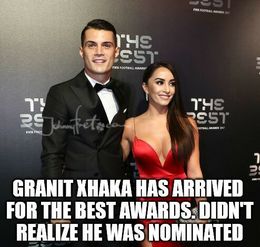