As one of the most popular contact sports in the world, rugby is played in many different countries with a varying level of competitiveness. The game originated in England in the early 19th century, and has since spread to all continents, developing into a modern professional sport in the process. It is a game that demands a lot of physical strength and endurance, since the player carrying the ball can be pushed to the ground (‘tackled’) by any defensive player, while players directly engage each other during ‘scrums’. As opposed to American football, in rugby the ball can’t be passed forward, and must be carried in hand or drop-kicked in order to advance. Points are scored by carrying the ball past the opponents’ goal line (‘a try’) or by kicking the ball through the goal posts from further afield. So what are rugby predictions today?

There are two different codes of rugby – more popular rugby union where teams feature 15 players per side, as well as rugby league where teams are limited to 13 players on the field. Most of the top tournaments are played by rugby union rules, but in countries like Australia and Papua New Guinea the alternative form is more dominant. Another variation that is sometimes encountered is known as ‘rugby sevens’, with 7-man teams playing seven-minute halves. Aside from number of players, those two major variations differ in the matter of game rules and organize separate competitions. Since rugby union is more commonly present in the media and in the betting shops, this format will be discussed in the article as rugby in general.

The game remains regularly played in its birthplace, as all countries located on the British Islands have a strong passion for it and usually field very strong national teams. There is a great rivalry between England, Scotland, Wales and Ireland in this regard, and they are often described as Home Nations in the world of rugby. The sport is also deeply rooted in states that were once a part of the British Empire, with South Africa, Australia and New Zealand all having rich rugby traditions. Some of the other countries where this fascinating sport is flourishing include France, Italy, Fiji, Argentina, Madagascar, and Samoa, all of which are regular participants in high-level tournaments. In recent years, the appeal of rugby has grown in the rest of the world and major competitions are closely followed by fans on all continents and you can find rugby predictions for these competitions in many places. You can also find rugby betting tips for today or tomorrow here at JohnnyBet, where our bettors put their betting tips in Tipsters League. Another good idea is to check out sure betting tips so you are more familiar with sports betting in general.

Rugby has a long history of international matches, with the first showdown between Scotland and England taking place in 1871. Matches between national teams remain the most attractive form of competition, although rugby is played on a club level and university level on a regular basis in the UK. This format gave rise to long-standing rivalries which are reflected in tournaments with a permanent list of participants. Six Nations Championship is a great example of this approach, as it demands 6 European teams (Home Nations plus France and Italy) to play each other and determine the unofficial continental champion. The Rugby Championship is a similar tournament bringing together selected teams from the Southern Hemisphere, namely Argentina, Australia, South Africa and New Zealand.

Standard bonus on William Hill
Bet £10 get £30 in free bets
Use rugby betting tips to play at William Hill!

However, the most important competition in rugby is the World Cup, which was first organized in 1987 and takes place every four years. The last one was held in 2015 in England, with 20 participating nations earning a spot either directly or through group stage qualifiers. New Zealand is the current champion and holds the record for most World Cup wins with three. The next tournament will be hosted by Japan in 2019, while France is next in line to host this global event. World Cup matches typically attract large crowds (more than 50,000 on average in 2015) and are broadcast to huge TV audiences, especially in countries where rugby is considered a national sport.

Knowing all this, it doesn’t come as a surprise that betting on rugby is becoming quite common. Whenever there is a big tournament, fans are gatharing to watch the games (for example here https://watch.rugbypass.com/) and bettors around the world are willing to take their chances on predicting the winners. Bookmakers are offering rugby odds on a number of different actions, from guessing the tournament winner or last-place team, to betting on individual matches or even individual statistical feats such as top try scorer or best player in the tournament. It is also possible to bet on club competition, as English Premiership is covered by many shops, although it may be more difficult to gather the necessary information at this level to place a well-informed wager.

Due to relatively small number of top-tier sides, rugby might be a bit more bettor-friendly than sports where parity is greater, like soccer or basketball. That’s especially true for those who are actively following the competitive scene for several years, as they are familiar not only with overall strength of every significant national team but also with the matchups favorable for a particular side. On the other hand, it may be difficult to hunt for a big surprise in rugby, since top-tier sides very rarely drop matches to outsiders. This means finding solid rugby picks that give you a fair chance at turning out a profit should be easy, for as long as you are not hoping for a miracle. So check out sure betting predictions to get more knowledge on how betting and predicting works.

If you enjoy online sports betting, but have so far struggled to make it a profitable experience, you will be very pleased that you have found the JohnnyBet site, as a community of quality tipsters have been posting winning advice and made consistent profits.

A useful graph illustrates perfectly just how successful the tipsters have been, with a steady and impressive rise in overall profits. Tipsters come from around the world, posting their best advice for the mutual benefit of the whole JohnnyBet community. The tipsters themselves win in several ways, as someone who is a specialist in Cricket for example, will be able to read the advice of a Football expert, while the JohnnyBet Tipsters League pays out monthly prizes to the top contributors.

If you are not an expert on any sport, or even if sports don't interest you at all, it doesn't matter. Just follow the posted advice and start earning some money. Daily betting tips detail what events are recommended, as well as why the tipster made the choice they did, plus where to find the best odds and a recommended stake. As contributors come from all over the world, they often post in their own languages, but a 'Translate' button will instantly make it readable.

However, if you want to post free Rugby betting tips, then register as a JohnnyBet tipster and if your tips are voted best for the month, you could be sharing the prize pool. Also, read our article about Rugby Union betting tips for free.

In this situation, access to reliable rugby tips can be worth a lot. This is why JohnnyBet includes rugby matches in its Tipsters League contest, where experienced rugby fans can use their inside knowledge to give good advice to other bettors and be recognized when their tips come through. By participating in the Tipsters League, it’s possible to exchange information with others and improve betting success on rugby matches.

The most successful tipsters are certain to build a reputation in the community and will receive valuable prizes from the website for their contributions. Most importantly, casual players who don’t know too much about this sport can gain a lot of insights by following the tips, which allows them to place their wagers with confidence and win more frequently on account of those free betting tips.

Anyone posting tips will be entered into the Tipsters League where a yearly prize pot of €25,000 is up for grabs. In addition, a Tipster who shares at least 3 tips a month on social media will get 10% of their winnings at JohnnyBet. Prizes are paid directly into a PayPal account for maximum convenience.

Site administrators, experts and randomly chosen members of the JB community will vote on who should win the League and take home the prizes, based on the number and value of the tips posted, background details on the bet selections and more.

There is also a Weekly Odds Competition, where a €300 prize pool which is won by correctly predicting the outcome of chosen events.

There is a dedicated community of like-minded people at JohnnyBet, who all pool their resources for the benefit of everyone. The daily betting tips are easy to follow, and have produced consistent, long term profits for all. 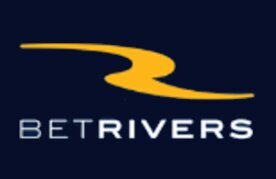 Cypres almost 5 years ago
Well, nothing added, there has always been a great rivalry between England, Scotland, Wales and Ireland. Any tips for this season?
Show all comments

Contest of
Tipsters League with €30,000 prize pool
Predict the scores of sporting events and win!
Join the League
JohnnyBet Humor
The fun for today

Load more fun
Articles
Play responsibly 18+
We use cookies to give you the best online experience. By using our site, you agree to their usage.
Didn't find what you were looking for? Try our lucky clover.
Rugby Predictions