Book of Ra has been one of the biggest attractions at online casinos for a few years, and such is its' popularity that there have been a couple of updates in that time. The latest development, however, changes the whole way that you play the game, and how wins are calculated, with the introduction of a sixth reel in the Book of Ra Deluxe 6 game.

You can play the online Book of Ra Deluxe slot machines for free when you register through the links on JohnnyBet and claim exclusive code like Energy Casino bonus code, which will give you credits and bonus funds to let you spin all six reels at no cost to yourself.

This game sticks with the theme and the symbols that are part of the appeal are left largely unchanged, with the biggest difference being an optional Extra Bet that activates the sixth reel for more winning chances. In practice, most players will play the extra reel, as the existing Deluxe version of the game is still available and would suit anyone just wanting to spin five reels.

The difference between getting five symbols on a line, and six is significant, with wins doubled, tripled or even multiplied by up to five times in value. So although the Extra Bet may cost a little more, it can more than pay for itself with the far higher potential wins.

There are 10 lines to wager on, and a wide range of possible bet sizes, from just 0.04 to 5000.00 a spin, and some big wins possible when symbols land on at least three adjacent reels, which makes the six-reel layout much more rewarding. Classic high card symbols like 9, 10, J, Q, K and A, each look like hieroglyphics and pay out smaller but frequent prizes, while the picture symbols include the Explorer, Scarab Beetle, Sarcophagus, Winged Statue and the Book of Ra which is a Scatter symbol and a Wild.

This means that it can land anywhere to pay out a prize which can be from 10x the line bet amount up to a huge 2000x if five appear at once, while also substituting for others to complete winning lines.

It also starts off the free spins round which has been such a big feature of each version of this game, with 10 spins awarded when at least three appear. Before the spins start, one symbol is picked at random to become a special expanding symbol, so whenever it appears during the free games, it will stretch across whole reels, paying out for any lines that it completes. The free spins play out automatically at the same bet value that triggered the round, and once completed, all wins are added up and paid out to you before the main game restarts.

The pleasing appearance, nice gameplay, and big wins have made the Book of Ra 6 slot machine a big hit at online casinos. Decide if you want to play Books of Ra for real money or for free. Join them via JohnnyBet because new customers can also claim some lucrative bonuses and free game offers, and by taking advantage of the Book of Ra 6, it's possible to be enjoying the action straight away.

Billy123 over 3 years ago
A lot of info, need more time to go through it 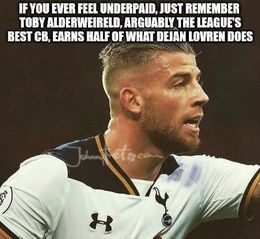