Online slot players are guaranteed a bloody good time playing Dracula online at one of our top-rated casinos. It's been developed by NetEnt, so comes with all the stunning graphics, animations and bonus features that have become a signature of this company, and if you register via JohnnyBet link, you are certain to get the best welcome package that they offer.

Produced in association with Universal Studios, Dracula joins The Mummy and Creature From The Black Lagoon in their range of games based on classic horror films.

1. About the Dracula Slot

In this version of Dracula slot machine, our main character is a young, brooding vampire who sits beside the 5 reels as they spin. Those reels are covered with images from the books and movies, such as the J, Q, K and A on mirrors, which presumably don't reflect Dracula, plus there are a couple of henchmen, a rich old lady and a young woman who could be Mina Harker, one of the victims in the original book.

A couple of symbols, namely Dracula and the woman, can be stacked 3 high to make a bigger image of the characters, which will result in bigger payouts.

Dracula doesn't like stakes, but you can stake from as little as 0.20 per spin, through to 200.00, with all 40 lines permanently activated. Having 40 lines means that wins occur quite frequently, and a blood-stained Wild symbol boosts this frequency even further by substituting for all others if it helps to complete a winning line.

On top of the Wild wins, there are a couple more bonuses that add extra bite, including the Bat Bonus which can occur at random, and sees a nice animation where the Count turns into a flock of bats which fly across the reels, turning random spots into one type of symbol. This can lead to some nice wins, and the bats make another appearance in the free spins round which is triggered by a stacked Dracula on the second reel and stacked woman symbol on the fourth reel landing at once.

10 free games are awarded, and with each spin, the bats will fly past doing their symbol transformation trick as they do so. It’s possible to get 20 bats turning all positions on the reels into a single symbol, which will obviously lead to some spectacular wins. During the round, Dracula and the woman together act as a stacked Wild symbol and should they land on the middle reel during the free spins, you are treated to an extra 2 games.

Like all the games from Net Ent, Dracula online can be played with no download needed, and has been fully accredited for fair play and reliability, so you can be sure that it won’t be a pain in the neck to wager on it.

2. Where to Play Dracula Online

Before you start to play Dracula slots machine, remember to register in our top-rated online casinos via JohnnyBet links to get great bonus codes, promotions, and best welcome packages, to start your adventure with evil Count Dracula ! 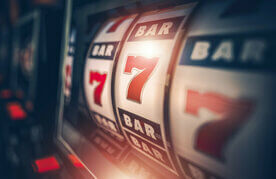 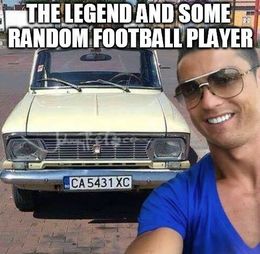