Playtech have been regarded as one of the top online casino game developers for many years. Based in Israel, but licensed for use around the world, Playtech were one of the first companies to realise that more and more people will want to play slots, table and card games via mobile smartphones and tablet computers.

Now there is a big collection of Playtech slot games for mobile phone, including big progressive jackpot titles, film and TV show based games, traditionally styled fruit machines and multi-round video slots with sophisticated graphics and the latest bonus features.

With an enhanced welcome deal for anyone using the promotion code BETEXVIP, William Hill Mobile carries a full range of Playtech slots on mobile, including some of the biggest progressive jackpots like Beach Life and Gold Rally, plus the high paying Pink Panther game.

Beach Life is filled with bright and sunny images of summer vacation, where surfers, sun bathers, divers and ice creams can bring big wins for players. Some special features of this game include stacked wild symbols, and a Treasure Chest game where players pick a number of chests, each of which will reveal a prize within. If the Sun symbol fills a payline, then the progressive jackpot, that can be well over £1million, is won.

Gold Rally is another progressive game, this time based in an old Western gold mine. With 9 symbols that individually spin, rather than standard reels, the base game has some generous payouts on its own, while a bonus game lets player dig for prizes on a treasure map.

With horseshoes, pickaxes, mine carts and bags of gold as symbols, the one symbol that players really want to strike it rich is the scales, which pay out the jackpot if all nine positions on the screen are covered by it.

Playtech mobile slots include the biggest collection of film based games, with Gladiator, The Mummy, Rocky and Kong, the Eighth Wonder of the World among their titles. The Pink Panther is one of the games that has been offered for several years, and has remained a favourite throughout.

Some of that is due to the five bonus rounds that add a huge level of excitement to the game. These include the Pink Pow round with extra wilds, Crack the Safe free spins, with expanding wilds, the Color Pink game, where the Panther and Inspector Clouseau paint a fence for prizes, the Pink Trail bonus where you track down a diamond, and the Wheel of Pink, with cash rewards. There are also two progressive prizes to be won by opening doors to find winning characters in the randomly triggered Jackpot game.

All these mobile slots by Playtech, and many others are carried by William Hill Mobile. The casino will treat anyone using the promo code BETEXVIP on the signup form to free spins, plus a big 100% first deposit bonus worth up to £300/€400. Even more is there for high rollers, while other parts of William Hill will reward new users with further bonus funds including £20/€25 at the Sportsbook, £40/€40 at the Bingo site and a huge £1200/€1500 to use playing Poker. 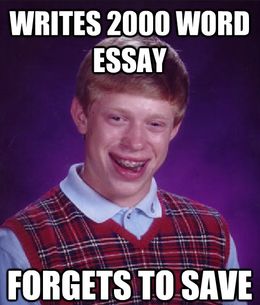