Slot machines date back to the end of the 19th Century, and for many decades, they were simple games, where reels would spin to line up symbols and pay out prizes. Although more advanced electronic systems changed things a little, with video screens replacing physical reels, it was not until 1995 that the concept of bonus rounds was introduced. Three Bags Full was a sheep themed game that became popular in Australia and had the unique feature of a second game that let players pick extra prizes. A great amount of most entertaining slot machine titles and special treatment you can count on our casino recommendations. One of the best deals you will get by Videoslots voucher.

Jump forward just five years to the end of the 20th Century and slot machine games with bonus rounds had become by far the biggest attractions at both land-based and online casinos, with literally thousands of titles competing for the attention of players worldwide.

Some outstanding examples of slot games with bonus rounds can be found at top-rated casinos. Thanks to JohnnyBet, you are able to start playing these games using bonus credits at a casino like Willam Hill when you register through unique links or with special William Hill promo code 2022.

Although the list of free slots games with bonus rounds for fun at these sites is far too long to go into with a short article, a quick look at typical examples should give you some idea of what bonus rounds can consist of and how you can win the big prizes that many of them offer.

Gladiator is based on the Russell Crowe movie from 2000, where he plays a Roman general seeking revenge against the corrupt Emperor Commodus. In the base game images of the main characters appear and bring you lots of winning combinations, but there are a multitude of bonus rounds, with the Coliseum triggering a free spins round where all prizes can be multiplied by 3x.

Before the spins start, a special game takes players to a wall of stone blocks, and by clicking one block per row the number of spins, the multiplier amount, and a number of extra Scatter and Wild symbols will be revealed.

A further bonus game is started by the Gladiator Helmet symbol, with a grid of Bronze, Silver or Gold helmets bringing players some huge wins.

Spin2Million$ has two quick-fire bonus games and a $2 million jackpot waiting for the luckiest players. Set against a bank robbery, the Scatter symbol starts a 'Crack the Safe' game where you win a hidden prize simply by clicking one of three safes.

The other bonus round is an optional double or nothing type game, which players can choose to enter after each winning spin. By correctly guessing if a playing card will be revealed as red or black, the value of the triggering win is doubled and can be doubled over and over if the player guesses correctly again.

2. Play Slots With Bonus Round via JohnnyBet

Our top-rated casinos have a different selection of online slot games with bonus rounds, and among the most popular are Jack Hammer 2 and Evolution.

Jack Hammer 2 is beautifully designed to look like a cartoon strip detective series, where our hero is saving the Dames from the Crooks. The bonus rounds include a rich free spins game where extra random Wild symbols appear, while any win can lead to Sticky Reels that stay locked in position for free re-spins.

Evolution also looks fantastic, with 3D graphics of strange creatures adorning the reels. In this game, there are up to 100 free spins to claim, and a completely unique feature is that symbols 'evolve' the more you play. This unlocks bigger wins, while at the same time removing some of the lower paying symbols, and reels that go from bottom to top make this game very different to the normal type.

Almost all games, can be played directly online, letting you play free online slot games with bonus rounds no download.

Slots with bonus rounds have come a long way in just a few years, and with the range of exciting themes and special features continuing to grow, it looks like they will carry one being popular for many years to come. 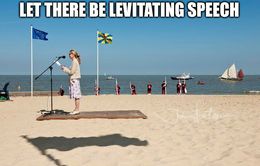