Every Grand Slam tournament is a stage for elite tennis players to seize the moment and associate their names with eternal glory. US Open, played at the end of August in the Billy Jean King National Tennis Center in New York, United States, is a tournament that many younger players target as their ticket to greatness, but the trophy usually ends up in the hands of one of major favorites.

The tournament is specific for the hard playing surfaces that support a more aggressive style of tennis, as well as long history that stretches back to 1881. On the other hand, US Open comes late in the ATP tour schedule, so fatigue and injuries must be taken into account when trying to predict who might advance far in this tournament.

Last year, Novak Djokovic easily defeated Juan Martin del Potro in the men’s finals, while the title in women’s singles went to Naomi Osaka, who beat Serena Williams in straight sets to claim the top spot. Both champions are expected to return to this year’s event in excellent form, and will defend their trophies from a position of strength. Of course, anyone who knows elite tennis will tell you that surprises happen when you expect them the least, so US Open 2019 deserves undivided attention from casual tennis fans and sports bettors alike.

And that is exactly what happened, as Djokovic left the competition in the 4th round. What a surprise!

One statistic that stands out is that Serbian superstar Novak Djokovic appeared in seven of the last eight US Open finals, winning three times. He is also #1 on the ATP list again, loves playing on hard surfaces and looks like he fully regained his peak-career swagger, making it difficult to bet against him. Of course, bookmakers are fully aware of the balance of power atop of men’s singles ratings, so the best you can get on Novak right now are 6/4 odds to win it all at Flushing Meadows. What a waste! Having lost in the 4th round is a terrible news for the bettors.

Veteran players Rafael Nadal and Roger Federer are seen as the greatest threats to upset Djokovic, with both of them valued at 6/1. Del Potro is not expected to repeat last year’s success, and you can bet on him to win at favorable 14/1 odds. Alexander Zverev and Andy Murray are another couple of players that could sneak into a late round and perhaps even steal the trophy if one of the favorites slips early.

It might be tempting to bet on a high-odds proposition like Kei Nishikori or Nick Kyrgios, but these players are long-shots in a tournament of this scale and should probably be avoided by bettors.

Judging by the current state of affairs in women’s singles, there could be an epic showdown in the making at the 2019 US Open. Serena Williams is back in great form after a pregnancy, and she already demonstrated that she can play elite tennis at age 37. She would undoubtedly love to add to her six US Open trophies, and bookmakers believe she has a great chance to do that with 11/2 odds.

Last year’s winner Naomi Osaka will be the most difficult obstacle for Serena to win in front of her home crowd, since Osaka is currently the highest ranked player in the world and at 8/1 represents a value betting proposition. Simona Halep and Sloane Stephens are strong contenders to consider at 10/1, while Petra Kvitova currently receives 12/1 odds.

If you want to bet on a dark horse, perhaps you should think about targeting Bianca Andreescu or Madison Keys, who look ready to take a leap forward.

As you might expect, there is a huge interest in betting on US Open, and some bookmakers are already taking wagers even though there is more than two months until the tournament even starts.

A lot could change in the meanwhile, including the odds, so there is some value in placing an early bet on a player you feel very strongly about. In case you don’t see a great bet right now, it might be wise to wait and follow the odds as the starting date draws closer. It’s good to remember that you can bet on a wide variety of other outcomes in addition to predicting the tournament winner, so you might decide to seek favorable odds in a less obvious place.

You can rely on Johnnybet to provide links to the safest and most player-friendly betting shops, notify you about special offers involving betting on US Open 2019, and update you in case a marquee player suffers an injury that completely changes the list of favorites. With our assistance, you stand much better chance of identifying the best available bet and making it at just the right time.

Lots of people would be willing to watch this event. For example Eurosport broadcasts it in TV. But what if you want to watch it online for free?

Use the button above to register at 1XBET. This online bookmaker gives you possibility to watch live streams online for free. Who knows, maybe US Open matches will also be in their offer?

☆Bet365+skrill (usd/euro/pln/gbp)
☆Bet365+neteller vip (usd/euro/pln/gbp)
☆☆i provide you guarantor☆☆
100% verified account with all valid doccuments available for sell.I will also give you the account full security and every kind of service.I want a long time business relationship.Whenver u need account just knock me.You can contact me via
★Telegram:@azmol848
channel-https://t.me/azmol8484
mail-azmol848@yahoo.com
Show all comments Hide all comments 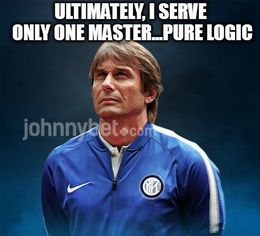 Load more fun
Play responsibly
Didn't find what you were looking for? Try our lucky clover.
US Open