It’s the news that has rocked world football, and will almost certainly lead to some seismic activity in the summer transfer window.

Lionel Messi has handed in a transfer request at Barcelona, faxing the club to tell them that he wants to enact the release clause in his contract. And that means that a buyer can pick him up for next to nothing – apart from those reported €400k a week wages, that is.

You suspect that there will be no shortage of interested parties in the Argentine, and already a Lionel Messi next club betting odds market has been opened up by the leading bookmakers.

So, what are the will Messi leave Barcelona betting odds, and where will he go?

The special odds for Messi to leave Barcelona that have been replicated below have been taken from a number of bookmakers that are offering prices in this market, including William Hill and Unibet.

The bookies have made, surprisingly, turned the whole thing on its head and made their Messi odds to leave Barcelona focus on the fact that he may yet still stay at the Nou Camp – that’s the 1.75 favourite.

But then in the rest of the Messi leaving Barcelona betting odds, Manchester City have been made favourites to capture his signature at 2.00, Inter Milan are 7.00, PSG are 10.00, Chelsea are 15.00 and any Argentine club is 26.00.

The first question we need to answer is will Messi leave Barcelona?

It would be strange if he didn’t now after making such a public show of handing in a transfer request, although of course there are those who suspect Messi has only done that to give himself leverage over a more lucrative new contract.

Most expected that the 33-year-old would play out his entire career at Barca, but a lowering of standards there – highlighted by the 2-8 demolition at the hands of Bayern Much – is said to have made him eager to seek a new challenge.

There are also rumours of a fall-out with the club’s president, Josep Maria Bartomeu, and so we expect Messi to leave Barcelona this summer.

If Messi is to leave FC Barcelona by activating a release clause, then I hope the club try to help, not hinder him. He’s been fiercely loyal and their greatest ever player. It would be terribly sad if it finished with a fight between the player and the club. - Gary Lineker on Twitter

When we’re asking will Messi join Man City, we have to remember that the Argentine has worked with Pep Guardiola successfully in the past, and that one of his best friends in the game – Sergio Aguero – plays for the English club.

Factor in that City could afford Messi’s extraordinary wages, and you can see why they lead the way in the favourites to sign Messi odds.

So will Messi go to Man City? That depends on whether he will want to play in the high octane, all action league at the age of 33, when there are arguably easier assignments out there for him.

Here’s another question we have to answer: will Messi move to a new club for football reasons, or will his decision be purely financial?

If it’s the latter, then the Messi next club odds look value in the cases of PSG and Inter Milan.

It helps that both are beautiful, cosmopolitan cities to live in, but ultimately money talks and PSG have stacks of it – pairing Messi with Neymar would be the dream for their rich Qatari owners.

And don’t write off Inter, whose Chinese owners – Suning Holdings – are desperate to capture a marquee signing while ending Juventus’ dominance of Serie A. Could we see Messi vs Ronald part II?

You can bet Messi leaving Nou Camp at William Hill

5. Will Messi Go to Chelsea?

Chelsea have been one of the most eye-catching teams in the transfer window so far, splashing out on Timo Werner and reportedly being along way into negotiations with Kai Havertz too.

But will Messi go to Chelsea? There’s the lure of living in London, but you expect the Argentine to ant to play for one of the continent’s superpowers – for now, at least, Chelsea aren’t in that bracket. 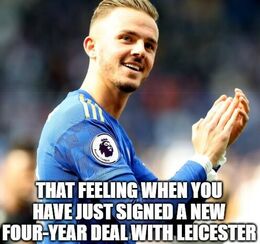