In what is surmised to be an epic showdown, Christopher Eubank Jr. will come face to face with the Irish Boxer Gary O'Sullivan on December 12, 2015. The match will be held at the O2 Arena in London where Chris will put his Interim WBA Middleweight Title at stake. The two fighters have been making verbal attacks in front of the media for quite some time now, making it a supposedly crowd-pleasing match. The winner will then match against the winner of the Peter Quillin - Daniel Jacobs battle of December 5.

Chris Eubank Jr. is a British professional Boxing Champion, and the son of the Boxing Legend Chris Eubank. He has been applauded world over and rated among the top rankers by Boxrec and The Ring magazine. With a handsome record of 20-1 with 14 KOs, Chris has recorded only one loss to Billy Joe Saunders in a 12-rounder match on November 29th, 2014. The young 26 year old Boxer is popular for his unmatched swiftness and unbeatable stamina. His debut in Sky Sports when he won over the American Boxer Tony Jeter starred him as the next World Champion.

Gary “Spike” O'Sullivan is an Irishman and presently the NABA Middleweight Champion. With a fascinating 22-1, Gary too lost only once to the same Billy Joe Saunders in July, 2013. He has added 15 KO victories to his accolades. He will first fight Toribio coming Saturday but has already booked his place for December, against the age-old rival Chris.

According to bookies, Chris Eubank Jr. is a favorite for this fight

Find other betting tips from our tipsters at JohnnyBet!

The Betting world has chosen Chris as its Favorite at 1/6. This means for every 6 units bet, you will earn 1 unit. He is positioned two places above Gary in the British and Irish charts. In his previous match, he took less than 3 and a half minutes to stop the over hyped contender Tony Jeter. His vigorous punches and enigmatic style are an icing on the cake.

Gary, on the other hand, is a laid down boxer. His flexibility and ambulation epitomize his warrior-like moves. All of his last three fights have been KO victories, displaying his heroic come-back after the defeat against Billy Joe.

The previous records of both the players decipher that fact although both of them lost to Billy Joe, Chris was more prompt in his game than Spike. Spike lost 11 out of 12 rounds to Saunders, and not very graciously. Speculators are loud in their opinion that he may face the same smash down from Chris too, only this match is expected to be a little more entertaining. Not just Chris, many Chris fans are doubting his decision to fight a Boxer lower in profile. If he is confident enough to win over Golovkin, he should have opted for someone with a higher stature, such as Monroe or Douglas.

Check latest odds at your mobile!

3. Don't forget about the bonus!

This much awaited match will be telecasted on Sky Sports. The Speculators rushing on to bet365, now have the opportunity to earn Welcome Bonus by registering through JohnnyBet. For that you need to use our promotional code JBVIP. 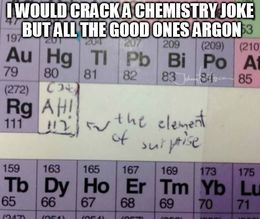