The Europa League very much plays second fiddle to the Champions League in terms of importance, but those involved are still determined to lift the trophy and our Europa League betting tips remain as popular as ever!

Don’t forget, the winner of the Europa League automatically qualifies for next season’s Champions League, which is really important for those teams who may not do so through their performances in their domestic league. And, less importantly but still worthwhile, the winner also gets to contest the UEFA Super Cup as well.

The Europa League is a fascinating competition to bet on. There are some big names in it – Arsenal, Tottenham, AC Milan and Napoli to name just a few – as well as other sides from around the continent that have performed well on home soil. The job of bettors is to try and determine which clubs will take the tournament seriously and really try to win it by naming their strongest starting eleven where possible, and also identify those who will simply use it as a chance to field fringe players and young stars in the first team instead.

The great news is that there’s plenty of value to be had when betting on the Europa League, so let’s take a look where the smart money lies in 2020/21.

The Europa League winner betting odds have been revealed by the bookmakers, and they have made a pair of English giants their favourites to lift the trophy.

Who will win the Europa League?
Bet
Odds

Arsenal and Tottenham are both priced as main favourites with a variety of sportsbooks, and you suspect both are fairly priced – Mikel Arteta and Jose Mourinho would both love to win this trophy. Next up are the Italian pair of AC Milan and Napoli, with Roma, Leicester and Bayer Leverkusen very intriguing outsiders.

Don’t forget, teams which finish third in their Champions League group are later relegated to this competition, so the Europa League betting odds will change when these sides are added to the draw.

Browsing through advice from our tipsters will surely help you betting on Europa League!

Finally, it’s also worth remembering that we can bet on Group Winner as well as the Outright Winner market. There could be some excellent value to be had here too.

When we make our Europa League predictions, we do so with the hope that the teams mentioned actually the competition the focus it deserves – rather than merely treating it as a distraction and fielding their reserve players.

We suspect Arsenal will give it their best shot, and their group of Molde, Rapid Vienna and Dundalk looks easy enough to us. Tottenham, meanwhile, may have a surprisingly tough task on their hands against the likes of Ludogorets and the dangerous Austrian side LASK.

Firstly, when you’re in the group stages, your first objective is to qualify, to make sure you come out of the group. It’s a big challenge for us, but it’s a challenge that we worked so hard for last year, to arrive into European football. We’re really going to embrace it and we’ll develop and become a better team because of the experience. I love the challenge of playing against teams with different coaching styles, different types of managers. It always enriches you and enhances you. - Brendan Rodgers about Europa League, lcfc com

Italian teams generally don’t take the Europa League too seriously, and if AC Milan and Napoli rest on their laurels they could come unstuck in the group phase. Milan have been paired with Lille, Celtic and Sparta Prague, with Napoli up against Real Sociedad, AZ and Rijeka.

There are two outsiders we want to draw your attention to, and our predictions for Europa League are that both of these should have a decent run of things. First up are Villarreal, who have started well in La Liga and who could well finish as high as third this term. But if they focus on this competition, they could go very deep into the mix indeed.

To find the best Europa League odds just register at Bet365 and enjoy their offer!

And how about PSV? Their group – PAOK, Granada, Omonia – is agreeable enough, and this is an exciting young team. Donyell Malen, Cody Gapko and Pablo Rosario are names you will be hearing a lot more of in years to come.

So you’ve already got a feel for our betting tips for Europa League, and while we’re happy to swerve the favourites as we don’t quite know how they will play in this competition, the likes of Villarreal and PSV are very interesting.

Don’t forget that we can bet on the individual group winners too. Theirs is plenty of value to be found, with the likes of Leicester, Hoffenheim and Bayer Leverkusen likely to do the business in their groups, and we were delighted to see PSV priced at to overcome Granada in theirs.

Our helpful tipsters provide you with all sort of Europa League predictions and statistics!
See our tipsters' advice!

There are also a few favourites coming down from the Champions League group stage. Manchester United, Salzburg and Ajax are teams who can surely fight for this title.

The rules about Europa League live streaming differ from country to country, but did you know that your bookmakers’ app might just show the action?

Brands such as Bet365 and Unibet can show a live stream for Europa League on their website and apps, and sometimes you don’t even have to place a bet to watch.

But, of course, if you have followed our Europa League betting tips you will want to make sure you are following the matches in play! 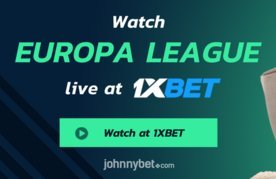 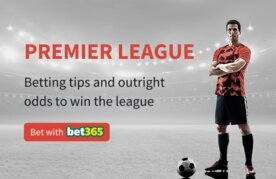 Odds to Win The Premier League
Published by JohnnyBet

Wanion over 2 years ago
if you would watch any game, you would see that it is more interesting that champions league, where you know final 8 right at the start. watch it first, then comment...
Show all comments 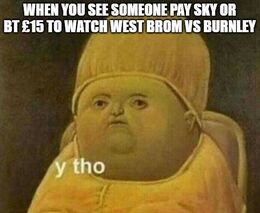