The Manchester City vs PSG betting odds are shaping up - the former are available at 2.20 and the latter at 3.10. So let's make some predictions about this meeting. Two teams with plenty in common, both PSG and Manchester City might be thinking it’s a case of now or never in terms of winning the Champions League, and so this Group A game will be crucial.

Both of these clubs are, let’s face it, powered by the investment of oil-rich owners, and while they have enjoyed success domestically that is yet to be translated into glory on the continent.

PSG are looking to end that Champions League drought by splashing the cash on Lionel Messi, and that signing alone has seen them installed as favourites to lift the trophy. So is this finally their time?

Manchester City will be hoping not. They have spent big once more, bringing in Jack Grealish for a British record transfer fee, and with Pep Guardiola hinting that he might leave the club at the end of his contract in 2023, maybe time is running out for the Premier League winners to finally get their hands on the Champions League.

This game, played in Paris on September 28, may be definitive to both of their seasons. So will claim the bragging rights? This PSG vs Manchester City preview aims to find out.

Group A of the Champions League could be fascinating to watch, because while Club Brugge are unlikely to trouble the favourites RB Leipzig could be genuine contenders to finish in the top two.

So both Manchester City and PSG will be sensing the importance of this game, and they will know that by claiming the three points here they will greatly increase their chances of reaching the knockout phase of the competition.

What is interesting is that these two teams have already met twice in 2021. The English team won the first leg 2-1 and followed up with a 2-0 win a week later. Of course, Messi and co have been added to the Parisians’ squad since then, so our PSG vs Manchester City betting picks have to reflect that fact.

With this amount of quality I don't know how to stop them. They're so good. This amount of talent makes it so difficult. You have to defend well without the ball and let them run when we have the ball. They are exceptional players, individually and they combine so good. The three players up front can do whatever they want. Wide narrow, wide left, Messi can play right or middle, Mbappe wide or middle. They combine so well, the talent cannot be stopped. - Pep Guardiola about Neymar, Mbappe and Messi playing in PSG, BBC

Both of the teams have made a superb start to their domestic season, and so there is very little to choose between them – the PSG vs Man City betting odds reflect the proximity between the teams as the English are available at 2.20 and the French at 3.10, whereas the draw at 3.60.

Games like this can be decided with a moment of magic, and that’s why there’s so much interest in where to watch PSG vs Manchester City on September 28.

The list of Champions League favourites is long but who will win the ticket to Saint Petersburg? Well, we don’t have the definite answer to that question, but we can say that both Man City and PSG surely have chances to do so.

This is a difficult game to call with these two classy teams, and so making Manchester City vs PSG predictions is tricky.

This could be a cagey contest because there’s plenty on the line, but then let’s consider the attacking options on both sides – PSG could line up with Messi, Neymar and Mbappe in attack, while Man City have the likes of Sterling, Grealish, De Bruyne, Gundogan, Jesus and more.

In short, our main Manchester City vs PSG prediction is that when the first goal goes in, plenty more could follow given that the attacking players in this game should outfox the defenders.

And you do wonder if those two Man City wins over PSG in the spring might prove to be important in some way… the players involved will certainly remember those fateful nights.

Who will be the winner of this match? Back your favourites at Bet365!

One of the interesting things about both of these teams is that they have invested heavily in attacking players in the off-season. Messi is the tip of the iceberg for PSG, who have also snapped up Gini Wijnaldum and Achraf Hakimi, who while nominally a defender still has attacking play in his veins.

As for Man City, they may have lost Sergio Aguero but they have gained Grealish, and he adds a different kind of threat in the final third of the pitch.

All of which is short for us saying that we’re expecting goals as part of our PSG vs Man City betting tips, and so we’ll be taking the Over 2.5 Goals & Both Teams to Score market.

With regards to the 1-X-2 market for our Manchester City vs PSG betting tips, it really is too close to call. But perhaps City’s pair of victories over PSG in the spring will prove definitive, and they might just make it a hat-trick later in September.

Check betting offers for this match at Unibet!

BT Sport will be showcasing the action in the UK, while in France stay tuned to BeIN Sports and Canal+.

For an alternative of where to watch Man City vs PSG match live, check the live streaming channels of bookmakers like bet365, Unibet and 1XBET – they have stacks of football action to enjoy every week.

It’s a close run thing, but it’s the English side that the bookies have made their Man City vs PSG favourites.

All of the leading bookmakers are offering Manchester City vs PSG Champions League odds, and you can see the best betting deals currently available on our site.

You can live stream the game on your TV – check your local listings – and remember that some betting apps, such as 1XBET or Bet365 have live streaming too. You can check the Manchester City vs PSG betting odds and bet in play as well. 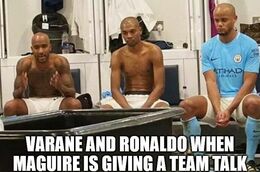