There are several excellent fights to look forward to in the coming months involving some of the biggest names in boxing. However, two names we did not expect to see entering the squared circle in 2020 are Mike Tyson and Roy Jones Jr.

To be clear, the meeting between Tyson and Jones Jr is being classed as an exhibition match and nothing more. There is no title on the line but of course there will be significant prize money available to the winner. The Mike Tyson vs Roy Jones Jr date is set for the 28th November in Los Angeles.

You can find betting odds for the best boxing matches at Bet365!

You must go back to 2005 to find the last time Tyson was involved in a competitive boxing match. He lost to Irishman Kevin McBride in the 6th round at the MCI Center, Washington DC. It was only the 6th loss in Tyson’s career and he has fought a total of 58 times. Three of those defeats have come in his last four fights and that is not a good sign heading into this contest.

The last time Tyson fought in the boxing ring was when he was 38 years old and he is now 54, which surely means he is going to be worse off physically. However, this will not be the first time the American has participated in an exhibition match having done so against Corey Sanders in 2006. Nonetheless, that was still 14 years ago and it will be interesting to see exactly what kind of shape Tyson is on for this fight.

Tyson has released a series of videos on social media showing him in training and his hand speed has looked particularly good. When making Mike Tyson vs Roy Jones Jr betting picks it is difficult not to be impressed by the footage and it appears as though the bookmakers have been taking note. The Mike Tyson vs Roy Jones betting odds have the former as the favourite, priced at 5/7 with 1XBET.

I would just tell them it's really dangerous, but when you make up your mind to do something like that, you can't tell them, 'Don't do it.' They're not going to hear that. - George Foreman about the fight for TMZ

Roy Jones Jr is 3 years younger than his opponent but with both fighters in their 50’s, it may not make a lot of difference. However, what could make a significant difference is the fact Jones Jr has been in action more recently than Tyson. In fact, you only have to go back to February 2018 to find the last time Jones Jr was in action. He defeated Scott Sigmon by unanimous decision following 10 rounds of boxing.

Having been knocked out by Enzo Maccarinelli in December 2015, Jones Jr has since gone on to win four straight fights. In addition to the victory over Sigmon, Jones Jr has defeated Vyron Phillips, Rodney Moore and Bobby Gunn. You must go back to the period between 2009 and 2011 to find the last time Jones Jr lost a series of fights when he was defeated by Danny Green, Bernard Hopkins, and Denis Lebedev in succession.

When both fighters were at their peak in the 1990s, it was Jones Jr who was named boxer of the decade. He will be keen to show why he was chosen over Tyson by winning this bout but the bookmakers have other ideas. The Mike Tyson vs Roy Jones Jr odds have the latter as the outsider priced at 21/20 with 1XBET.

Many people are predicting that both men will be wearing 12-ounce gloves and it appears unlikely they are going to be going for a single knockout blow to the head. Jones Jr is surely going to be the quicker of the two men and by using his footwork he has the ability to score higher on the judge’s scorecards. Tyson will want the match to become scrappy and fought at close range. This will allow the 54 year old to use his power punches and cause some damage to his opponent.

Perhaps the biggest question is just how serious both men are going to take the fight? However, given he has the most recent boxing history, a decision victory for Jones Jr seems the best bet. As soon as the full Mike Tyson vs Roy Jones Jr odds have been released, you will find them here.

In addition, we will have all the details of how you can watch Mike Tyson vs Roy jones Jr live . Usually, 1XBET has big events in their stream offer, so we hope that this time will be no different. You can register their for free and check it out. 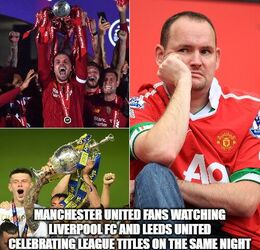