This summer is historic for North Macedonia as they are participating in their first major football tournament but the betting odds for Netherlands vs North Macedonia have the Dutch as the clear favourites to win, priced at 1.30.

It is clear by the odds, who is the North Macedonia vs Netherlands favourite and the Dutch will consider this as a must-win game, having in mind the difference in football quality between these two teams. Netherlands come to this match with six points after two won games against Ukraine and Austria, which means they already won the group and advanced to the knockout stages. This is why the match against North Macedonia may be an opportunity to play for players who haven;t played much during this year's tournament

I think there are still a lot of things we can improve and we showed some different qualities today. Defensively we were much better than against Ukraine. I don’t want to talk about favourites. We have to do our best and I know at our best we can beat everybody. - Frank de Boer after winning 2-0 against Austria, FourFourTwo

However, when making Netherlands vs North Macedonia betting predictions, it is worth noting the Dutch did not qualify for the tournament in 2016 and were eliminated from the 2012 European Championship at the group stage, so they have plenty to prove. This is why they will surely do everything to win and complete three wins in the group stage.

Register at Unibet and find the best odds for North Macedonia vs Netherlands game!

Nonetheless, one glance at the Netherlands squad shows plenty of quality. They may not have Virgil van Dijk available in central defence but with the likes of Matthijs de Ligt, Nathan Aké, Georginio Wijnaldum, Frenkie de Jong, and Memphis Depay, there is more than enough quality in the Dutch squad to win this game.

You only have to look at the qualifying campaign for the 2020 European Championship to understand the enormous task North Macedonia face, not only in this game but the whole tournament. This is the first time North Macedonia play in a major football tournament but they did not qualify through the usual means. In fact, North Macedonia finished in third place in their group, 5 points behind Austria and 11 points behind group winners Poland.

However, North Macedonia progressed to the play offs thanks to the Nations League. North Macedonia won their group containing Armenia, Gibraltar, and Liechtenstein. That saw them progress to the semi-final of the playoffs and North Macedonia defeated Kosovo at home 2-1 before overcoming Georgia away from home in the final.

It was a fantastic moment for North Macedonia but does not disguise the fact they are going to be up against it in this match. They lost their games to Austria and Ukraine, which already eliminated them from the tournament. Thus, the Netherlands vs North Macedonia odds have them as the clear outsiders. Continue below for more Netherlands vs North Macedonia betting predictions. Also, don't forget about the second match in this group and follow the latest Austria vs Ukraine betting predictions and tips available in the related article.

3. Other Bets for North Macedonia vs Netherlands

This will be the first time Netherlands and North Macedonia have met in a competitive game but the Dutch have played FYR Macedonia four times, picking two victories and two draws. The most recent time the teams played was in qualifying for the 2010 World Cup and Netherlands came out on top, winning 4-0. It is worth remembering this game will be played at the Johan Cruyff Arena, Amsterdam, handing the Dutch home advantage, meaning we could see a similar outcome. If Netherlands manage to score an early goal, we could see a comfortable victory.

You can get nice odds for Netherlands to win the match by a margin of 3 or more goals. Memphis Depay will be the man trusted to score the goals for Netherlands in this tournament and the Lyon forward is on offer at most bookies to open the scoring in this game. He is also one of the front-runners if you follow the latest betting odds for the Euro 2020 / 2021 goalscorer available in the related article.

5.1 What are the North Macedonia vs Netherlands betting odds?

Bookmakers see Netherlands as clear favourites and they ar priced at 1.30. North Macedonia are outsiders available at over 11.00 and a draw can be backed at over 5.50.

5.2 Where to watch North Macedonia vs Netherlands online?

If you're looking for live streaming for this match, we recommend you to check whether 1XBET or Unibet have the rights to broadcast Euro 2020 / 2021 events live on their platforms.

5.3 Where to bet on the North Macedonia vs Netherlands match?

From a wide range of online sportsbooks available on the betting market, we advise you to register at Bet365, William Hill, Unibet, and 1XBET as these brands have the best Euro 2020 / 2021 betting offer. 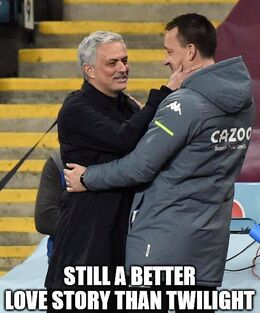