This will be the second time you will benefit from our Povetkin vs Whyte betting tips as it is going to be the second meeting between the fighters. Alexander Povetkin and Dillian Whyte previously met on the 22nd of August at the headquarters of Matchroom Boxing in Brentwood, Essex. The contest was originally scheduled to take place on the 21st November, but the Povetkin's positive test for COVID-19 put pay to the fight taking place on that date.

We are hoping the second fight, due to take place on the on the 6th of March 2021, will go ahead as planned although at the time of writing no venue has been decided. It is thought Wembley Arena or the Royal Albert Hall will be used to stage this heavyweight bout.

1. Whyte vs Povetkin – The Favourite

We begin our Alexander Povetkin vs Dillian Whyte II fight predictions with a look at the bookmakers favourite to win the fight. At the time of writing, the betting odds for Povetkin vs Whyte have the latter as the clear favourite to come out on top. This is interesting as in the previous fight it was Povetkin who came out on top, stopping Whyte with a fifth-round technical knockout.

I'm over the moon to have the rematch. I can't wait to get back in the ring and get back what is rightfully mine. I'm looking to do what I said I would the first time, and that's beat Alexander Povetkin. - Dillian Whyte before the fight, Sky Sports

Whyte will be looking for revenge and, in many ways, his career in the professional heavyweight division is on the line, so there is plenty of pressure on the Englishman. Mentally, Whyte will be looking back at the defeat in the first bout between the pair as a blip in his career. It is his only defeat since the loss against Anthony Joshua back in 2015, which was 11 fights ago. Since the defeat against Joshua, Whyte has been on a great run, with victories coming against the likes of Dereck Chisora, Joseph Parker, Oscar Rivas, and Lucas Browne.

When speaking to Radio 5 Live about Whyte and his first defeat, world heavyweight champion Anthony Joshua said Whyte had nothing to worry about and the defeat could be a great lesson for him. Many people believe in Whyte and see him as a great fighter who can be a champion for a long time in the near future.

You won't find better advice about Whyte vs Povetkin fight than the one from our tipsters!

2. The Outsider for Alexander Povetkin vs Dillian Whyte

Alexander Povetkin caused an upset to claim victory in the first bout by landing a brutal uppercut that floored Whyte. The Russian had already been sent to the canvas himself on two occasions earlier in the fight but showed great determination to get back up and claim the victory. However, his performance in the fight was not enough to see him start this one as the favourite and the betting odds for Povetkin vs Whyte with Bet365 have the experienced Russian seen as an outsider to come out on top.

You will struggle to find many Alexander Povetkin vs Dillian Whyte fight predictions in favour of the defending champion. However, Povetkin seems relaxed and speaking following the fight announcement he said there is not a single shadow of doubt or uncertainty in his mind. It is worth mentioning he is a strong and brave professional who will surely do everything he can to keep the belt for himself.

It is also worth remembering that Povetkin has lost only twice as a professional. Once was on points against Wladimir Klitschko in Moscow and the other against Anthony Joshua in the 7th round at Wembley in 2018.

Register at Bet365 and enjoy the best betting odds for Povetkin vs Whyte heavyweight fight!

No one writing a Povetkin vs Whyte II fight preview should be underestimating the Russian and at the current price there are sure to be many takers. Some Povetkin vs Whyte picks suggest we could see another knockout blow for Povetkin, who will not want to be taken into the latter rounds of the contest.

3. Live Stream for Povetkin vs Whyte

In terms of Alexander Povetkin vs Dillian Whyte free live streaming, you will need to register at some of the leading online bookmakers. This is the best opportunity to watch a Povetkin vs Whyte 2 live stream and we recommend using Bet365, 1xBet, William Hill, and Ladbrokes, among others.

Why not check out our website now where you will find fantastic bonus and promo codes for all of the bookmakers highlighted above plus many more. And once you register, you can make a good use of our Povetkin vs Whyte betting tips.

Looking for the best predictions and statistics ahead of the Whyte vs Povetkin fight?
Follow our tipsters!
comment PovetkinVsWhyteBettingTips
Recommended articles: 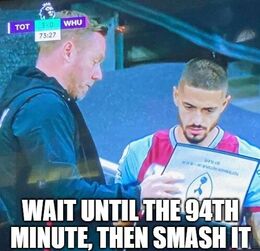