It’s often said that quarterback position in American Football is the most important position in any team sport. There are good arguments for this claim – a quarterback is the centerpiece of the offense, touches the ball on every offensive possession, has the freedom to make strategic decisions on the fly, and is typically the unquestioned leader of the team. Most importantly, having an elite quarterback is highly correlated to winning at all levels of football, which is why top NFL QB’s are by far the best-paid players in the league. Quarterbacks won 15 out of last 19 AP MVP awards (years 2000-2018) which proves their importance in this sport.

1. What are the main duties of a quarterback?

Quarterback position evolved as American football adopted the forward pass as a key offensive tool. The quarterback is the primary passer who receives the ball at the beginning of the play and decides whether to throw it to a receiver, hand it to a running back, or keep it and run with it. Another duty of the starting quarterback is to control the action on the line of scrimmage, adjusting the offensive line formations and directing receivers to various parts of the field. In addition to tactical tasks, the quarterback is regarded as the emotional fulcrum of the team that will rally the troops when the game becomes hotly contested.

Bet on NFL competitions at Unibet

2. Which traits a good quarterback should possess?

A prototypical quarterback is taller than 190 cm and solidly built, so he can see the field above the heads of his linemen and withstand hits from defenders. Even more importantly, he must have a combination of arm strength and throwing accuracy in order to successfully pass the ball without losing it. Since the action happens extremely quickly in football, a quarterback needs to be able to mentally diagnose the state of the field and spot an open receiver at just the right time. This requires a lot of intelligence as well as mental toughness, since those decisions are made while in danger of being tackled to the ground. In recent times, mobility is becoming more valued as a quarterback trait, leading to the emergence of several versatile and athletic players at the position.

3. Who are the most successful NFL quarterbacks?

Some of the most iconic active players at the QB position include the current champion Tom Brady of the New England Patriots, as well as Drew Brees of the New Orleans Saints, Aaron Rodgers of the Green Bay Packers, and Russell Wilson of the Seattle Seahawks. Any list of historically great QB’s must also include retired players such as Peyton Manning, Dan Marino, Brett Favre, Joe Montana, John Elway, Johnny Unitas and many others.

If you are interested in free american football tips online, on JohnnyBet, you have this opportunity. On our tipster league, best tipster from around the world put their tips on every occasion and we are share them with you for free!

Second good information is that you don't need a Unibet promotional code to count on great bonuses for betting on NFL league! 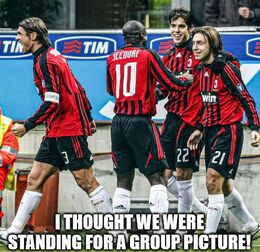 Load more fun
Articles
Play responsibly 18+
We use cookies to give you the best online experience. By using our site, you agree to their usage.
Didn't find what you were looking for? Try our lucky clover.
Quarterback Position In American Football