As we move closer to the big occasion on Sunday the 7th of February, now is the time to bring you all the information regarding the 2021 Super Bowl LV live stream. If you need to find the best Chiefs vs Buccaneers live streaming option, this article is perfect for you!

This will be the 55th Super Bowl and the 51st modern-era National Football League championship game. It has been a year like no other in the NFL and with no fans allowed inside the venue, Super Bowl LV live streaming will play an extremely important role in allowing fans to watch the action. The game between Kansas City and Tampa Bay is going to be exciting, so let's see where to watch Tampa Bay vs Kansas City clash.

There are many elements to the Super Bowl, aside from the game itself, including halftime shows and the national anthem performance. These will still take place on the day but may be performed at a remote location to keep everyone involved safe. So, the only way to enjoy the action this season is by watching a Super Bowl LV 2021 live transmission.

Register at 1XBET and look for the best live streaming options on the market!

In terms of making Super Bowl 2021 match predictions and picking the Super Bowl LV 2021 winner, it may be a little too early to tell at the time of writing. However, the Kansas City Chiefs remain the favourites in the 2021 Super Bowl LV betting odds and you can find out more about how you can enter the JohnnyBet Tipsters Contest to make your own predictions for 2021 Super Bowl champions in the final section of this article.

Moving to the 2021 Super Bowl LV TV broadcast and the official television broadcasters in the United States are CBS and ESPN Deportes, the latter of which is for Spanish speakers. Interestingly, Super Bowl LV was initially due to be broadcast live by NBC, as it was their turn in the rotation but they choose to trade with CBS in exchange for Super Bowl LVI, which takes place during the 2022 Winter Olympic Games. That will be the first Super Bowl to be played during an ongoing Olympic Games. CBS are expected to introduce a rebranding of the CBS Sports division during Super Bowl LV and it will be interesting to see their new look station.

The CBS announcers include Jim Nantz for play-by-play coverage, Tony Romo as an analyst, Tracy Wolfson, Evan Washburn and Jay Feely as sideline reporters, plus Gene Steratore as a rules analyst.

That covers the Super Bowl LV live coverage for viewers in the United States but what about the Buccaneers vs Chiefs broadcasters for those living outside the host country? In Germany, Austria and Switzerland, the event will be shown live on the free-to-air channel ProSieben, while in the United Kingdom and Ireland, the game will be televised on the free-to-air channel BBC One, with subscription channel Sky Sports also covering the event live. For other European countries, Super Bowl LV live streaming will be available via subscription streaming platform DAZN.

3. Where to Watch Tampa Bay vs Kansas City Online

If you are interested in a free Chiefs vs Buccaneers streaming broadcast, you are advised to check out some of the world’s leading online bookmakers. At the time of writing, we do not know the exact number of online bookmakers who will be offering Super Bowl LV free streaming and our advice is to sign up to the leading brands well in advance, so you are prepared should a Kansas City Chiefs vs Tampa Bay Buccaneers live stream become available.

Go to Bet365 and open an account to enjoy their wide range of live transmissions!

Bet365, William Hill, Unibet and 1XBET are just some of the big names we highly recommend. Not only is there a chance you will be able to enjoy a Super Bowl LV 2021 online broadcast but you can take advantage of the great odds and our exclusive bonuses. We have a fantastic selection of exclusive bonus codes and promotions for hundreds of online bookmakers and you can claim these offers when betting on Super Bowl LV 2021. With these you can make a good use of some American football predictions for beginners available in the related article.

We also have our free to enter Tipsters Competitions. If you believe you have good 2021 Super Bowl LV game tips, why not put them to the test and see if you can win a fantastic cash prize in the process? All you have to do is make your Super Bowl 2021 match predictions and if you finish inside the top places, you will win a cash prize. You not have to win their competition to be awarded a prize, so why not give it a try?

Having entered the competition, you can follow the 2021 Super Bowl LV live stream with huge excitement.

Do you want to feel the rush of adrenaline while tipping?
Play in our Tipsters League!
comment 2021 Super Bowl LV Live Stream
Recommended articles: 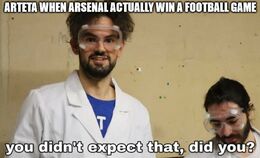