This 5 reel game has 25 paylines and is a bright and colourful slot featuring all the fun of the circus. Characters like the Ringmaster, Clown and Sealion are joined by the 10 , J, Q, K and A plus the Wild. The Lion is Wild, and helps to complete winning combinations of symbols by substituting for others.

Unusually, for a game with so many bonus rounds, there are no Scatter symbols. Instead, there is a row of five lights below the reels, marked B, O, N, U, and S, which get lit up at random. Once all five are lit, a hammer will hit a 'Test Your Strength’ Machine, lighting up different sections and opening up one of the bonus rounds.

Some of these rounds are played within the reels, some take place in a caravan next to the Big Top, and other, Main Event games take place within the ring, and have the highest average payouts.

The in-reel games feature a Lion Tamer, who uses her whip to turn up to 5 symbols into extra Wilds, a Fire Breather who blows flames across the screen, turning from one to three reels entirely Wild, and a rampaging Elephant, who crashes into symbols, knocking them out of the reels and allowing others with extra Wilds to drop down from above. After each bonus round, winnings are added up and paid out.

In the Side Show Caravan, there are three further bonus games waiting for you, each taking the form of a ‘pick a prize’ type game. The Bearded Lady round sees two ladies, one of whom hides her beauty behind the beard. You need to pick one of them, and her beard will then be shaved off, which may reveal her to be the beauty, for a bigger win, or she may not be, for a consolation prize.

In the Knife Thrower game, you need to select balloons, which the Thrower will then pop, revealing cash prizes, or extra throws. The Strongman Contest sees three men ready to lift their weights. Click on one and he will lift them above his head, earning bigger wins the longer he can hold it there. Once he drops the weight, you will see what the other Strongmen would have won had you picked them, so you know if you made a wise choice or not.

In each of the Main Event bonus games, a Gold Clown appearing will win you the progressive jackpot. In the Clown Car bonus, the clowns drive into the ring and start to get out of the car, each holding a Pink or Green numbered balloon. The total of the numbers on the pink balloons is the free spins that will follow, while the green balloon total is a multiplier amount that applies throughout.

The Tightrope bonus sees a bear riding a motorbike across a high wire, moving across and building the value of your win the further he gets. Each time you click, the bike rev counter rises, but when it breaks the round ends. If he gets right across, he collects a clown for the higher paying return journey.

Finally, there is Captain Cannon himself, who gets fired across the ring once you have selected the angle of the cannon, bumping into prize winning objects as he does so. If he hits a Gold Clown, you win the progressive jackpot, but whatever you win, playing the online Captain Cannon’s Circus of Cash is a fantastic and varied experience you can enjoy after registration via JohnnBet link. 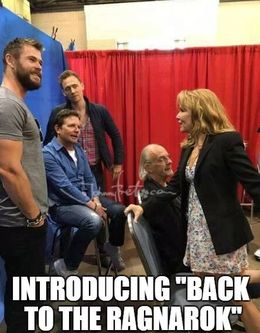 Load more fun
Articles
Play responsibly 18+
We use cookies to give you the best online experience. By using our site, you agree to their usage.
Didn't find what you were looking for? Try our lucky clover.
Circus