Unfortunately, the game is unavailable in our recommended casinos. In the table below you can find alternative games in best online casino sites, where you can receive exclusive VIP promotion and bonus codes.

Monopoly slot machine is based on the classic board game that many of us remember from childhood. The aim is to collect streets and build properties on them, charge other players and earn as much cash as possible while avoiding jail, paying taxes and collecting awards. Monopoly slots give players the chance to earn real cash as they spin the five reels, and enter possibly one of the biggest bonus rounds along the way.

Developed by IGT, one of the top-notch providers in the business, the Monopoly slot machine online can be enjoyed by you without downloading additional software, just simply using an Internet browser. The game is available in a number of online casinos.

The Classic game features Wild symbols designed to create extra wins, bonus symbols that trigger extra rounds, and other prize-winning icons like Piles of Cash, Strawberries, Watermelons, and Grapes. Everyone can easily see that IGT put their heart and soul into this game combining great sounds effects and with crisp graphics. Played out across 5 reels, there are plenty of wins in the base game, but when the Scatter symbols land on screen, you can enter the bonus rounds that make it such a distinctive slot.

Three Community Chest symbol starts the round where players just need to click a Bonus symbol. This will reveal a multiplier amount which will multiply your total bet amount, and add boost your bankroll accordingly.

Should 3 Dice symbols land favorably, a fantastic bonus game will start. Played out on a Monopoly board, you begin by clicking one of the three dice presented to you to reveal how many rolls you will be able to have during this game. Each time you roll the dice, a Monopoly piece moves around the board, collecting prizes.

Landing on different spots can move your piece further around the board, letting you pass Go and doubling the total prize values that you have collected so far, while the Parking spot awards a random prize. End up in Jail, and you can actually win a prize. Should you roll a double during the Jail Bonus, and landing on either Go or Jail twice adds bonus multiplier amounts together.

This bonus game is one of the most exciting we have seen and is a must for anyone who enjoys the original game, with the added attraction of winning real money as you play - not just Monopoly Money.

Except the Classic version, which was mentioned earlier, there are few more versions of Monopoly Slots that can be found across the web, Dream Life and Plus, one more engaging and compelling than the other. All types have symbols made up of the playing pieces such as the Dog, Battleship and world-famous Top Hat, as well as Mr. Monopoly himself, but there are differences between the games that add to the excitement of playing this Monopoly slot machines.

In the Dream Life game, the symbols fall down into position, rather than spin along with a reel, and should any winning combination appear, the symbols that make it up will disappear, allowing others to drop down into their places. This can create a further win, while a Wild symbol can result in even more payouts as it replaces others to land players extra cash.

When 3 or more Bonus symbols appear, players get to keep or discard a number of cards to reveal how many free spins they have won, with up to 16 possible for the best combination of cards. During the free spins, the reels are packed with more Wild symbols, making this a richer round than the base game.

Monopoly Plus is an outstanding addition to the range, where the game remembers what stage players have reached and pays out bigger and better awards the more they play. There is a Mystery Wild bonus, Board bonus, and the Level Up feature, where extra games including a mini-slot, free dice rolls with big payouts when you land on a Utility, and a Jail bonus with a possible 300x bet prize. These are all activated as you log in and play over time and can add up to some substantial rewards. 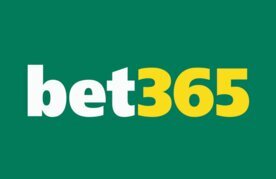 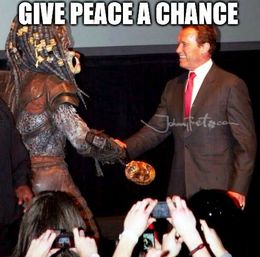