The start of the NBA regular season is just around the corner, and fans around the world are eagerly anticipating the games after an exciting summer full of trades and free agent signings.

For the first time in years, the league looks wide open with no overwhelming favorites, and as many as ten different teams may harbor at least somewhat realistic ambitions to hoist the Larry O’Brien trophy next June. This situation is quite unique and favorable to dedicated NBA bettors, who have a realistic chance of guessing a surprise champion at quite solid odds.

With this in mind, let’s dive into the NBA betting information and try to identify the most likely teams to advance far in the next year’s playoffs. Of course, any analysis is bound to be highly speculative at this time of the year, but there could be a few valuable nuggets of data that smart basketball fans could turn into actionable NBA bet tips.

Here is a brief overview of the current balance of power in the best basketball league in the world:

1. Last year’s finalists are unlikely to make it back

The 2019 NBA Finals featured Golden State Warriors vs. Toronto Raptors and included several hard-fought and very entertaining games. However, the chances that either of those teams makes it back to the Finals round are slim at best.

The Warriors lost Kevin Durant to free agency and must wait for at least until the All-Star break to get Klay Thompson back from a serious knee injury. They did add last year’s All-Star D’Angelo Russell, but it is highly questionable how well he fits alongside Steph Curry in a lineup with multiple ball handlers.

On the other hand, the Raptors were unable to re-sign the Finals MVP Kawhi Leonard, and consequently very few NBA tipsters take them seriously this year. Still, they remain the defending champions and are loaded with very good players who take pride in playing smart and physical defense.

Both teams must still be regarded as playoff contenders and could sneak back into the championship conversation if their younger players make a leap forward, but betting on them to win it all is a risky proposition. According to most NBA bet predictions, we are going to see a Finals series featuring two new teams for the first time in years.

2. Anything could happen in the West

The unexpected demise of the Warriors juggernaut has suddenly opened things up in the Western Conference, and several teams look poised to take advantage of this opportunity.

Houston Rockets traded away Chris Paul in exchange for Russell Westbrook in the hope of finally winning the West, but their depth might be too suspect for this goal. Some of the greatest obstacles in their path might be the Los Angeles teams – the Lakers traded for Anthony Davis in the summer to play along LeBron James, while the Clippers paired Paul George with Kawhi Leonard to form one of the deadliest forward combos in league history.

Bet on your favourite at Bet365!

With so many strong teams jostling for playoff spots, making any accurate NBA predictions regarding which team comes out of the West is even harder than usual.

3. Which young star will dominate the East this year?

In contrast, the Eastern Conference is far more top-heavy, with only two or three teams with a realistic chance of advancing to the Finals.

Milwaukee Bucks and Philadelphia 76ers made strong offseason moves and look a class above anyone else, not the least because they each have a young superstar in the making. Giannis Antetokounmpo is probably already the best player in the conference, and he has a capable supporting cast in Milwaukee for a deep playoff run.

Meanwhile, the Sixers managed to bring in strong replacements for Jimmy Butler, and in particular their ability to bring in Al Horford from the rival Celtics to play along the rising star Joel Embiid might affect NBA betting tips and predictions to a considerable degree.

After a disappointing season followed by the departures of Kyrie Irving and Al Horford, Boston Celtics will have a hard time keeping up with the Conference elite with a very inexperienced roster led by third-year player Jayson Tatum.

Indiana, Miami and Toronto are all very good teams, but they probably lack the firepower to prevail in a seven-game series against a front-line contender. It’s probably a year too soon for the Brooklyn Nets, who must wait for Durant to recover from an Achilles injury and join Irving on the court before they can mount a successful title run.

4. What are the smartest bets on the next NBA champion?

As we said before, this is a year without clear-cut favorites, so you could go several different ways with 2019/20 NBA predictions and have a solid chance to guess correctly. It’s an age-tested truth that NBA teams need superstar players in their peak years to win titles, preferably more than just one.

Where to bet on NBA Winner?

By this logic, Los Angeles Lakers and Houston Rockets look like very strong candidates to win the trophy or at least advance through several playoff rounds, but oddsmakers are aware of this.

On the other hand, the eventual Eastern Conference champion will probably have an easier road to the Finals, which can make a difference in terms of energy and the injury situation.

That’s why betting on the Bucks, Sixers or even Raptors could be a sneakily smart move. As the season progresses, NBA 2019/20 betting tips will become more refined, but betting shops will also adjust the odds based on the results on the court. That’s why this is a great time to pick the next NBA champion and profit in a big way. 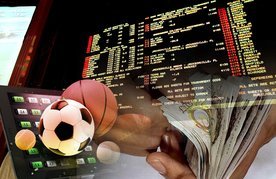