Throughout every Bundesliga season everyone hopes for a close title contest that makes Bundesliga live streaming so desirable. Every August Bundesliga teams resume their games and honestly, you really should not miss out on the live action! This is why we prepared this article for you so you can learn everything about German bundesliga free live stream.

With so many exciting young players in the Bundesliga, it has always been a thrilling league to watch.Bundesliga live stream free online is one of the most popular terms searched on the internet recently but who is broadcasting the Bundesliga this season and where can you watch Bundesliga online for free? The situation is no different than any other European football streaming offer.

For those based in Germany who want to follow live coverage of the Bundesliga, it will be shown on Sky Sport Bundesliga and DAZN. The same applies for Austria and Switzerland where you can watch matches live and also have access to highlights. Sport Klub is one of the major broadcasters showing Bundesliga football around Europe this season - Bosnia and Herzegovina, Croatia, Montenegro, North Macedonia, Slovenia, and Serbia are just some of the countries offering their live Bundesliga coverage throughout the season.

Register at Bet365 and look for the live streaming options for Bundesliga matches!

Fans in the United Kingdom and Ireland can watch live Bundesliga action thanks to Sky Sports channels and platforms. In the meantime, Movistar+ and Sky Sport hold the rights for Spain and Italy, respectively. ESPN+ have the right to broadcast Bundesliga in the United States, while Sky Sports shows Bundesliga matches in Mexico. In Asia, German football supporters across the region can enjoy live coverage of the Bundesliga on various channels in China, Sky PerfecTV! in Japan, and CN ENM in South Korea.

Thankfully, we are not restricted to watching the Bundesliga via subscription television channels. There are other options available, including Bundesliga free online streaming. There is no need to start searching for links to Bundesliga live streaming for free online when you can access great feeds at the home of some of the world’s top bookmakers.

Bet365 is a great example and there you can watch free German Bundesliga live online streams throughout the season. All you need to do is place a deposit and you will be granted access to the live feed of all the Bundesliga games listed on the website. William Hill go one better and you do not need to have your account funded to watch Bundesliga live streaming on their website. They even have coverage of the Saturday afternoon games on their William Hill live streaming offer and that is great news for those watching in the United Kingdom

Open an account at 1XBET and enjoy the best live streaming for Bundesliga games!

3.1 ⚽ Who does have the right to broadcast Bundesliga in Germany?

In Germany as well as in Austria and Switzerland, it's DAZN and Sky Sports Bundesliga channels where you can find live matches on TV.

3.2 ⚽ Where to watch Bundesliga live stream in the United Kingdom and Ireland?

Currently, Sky sports is the only operator offering Bundesliga live coverage in the United Kingdom and Ireland.

The best way to find great Bundesliga live streaming options is to go to Bet365, 1XBET, Unibet, and William Hill as these brands may have live stream offer on their platforms. 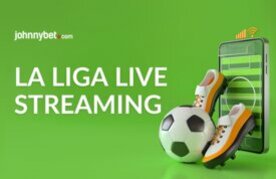 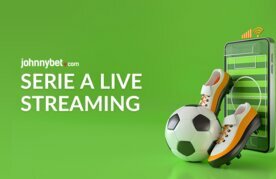 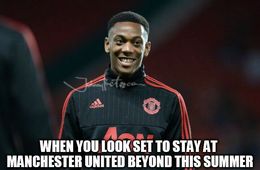