Energoonz is a fun game that manages to be quite different from most other slots, with bright coloured monsters and bolts of electricity combining to give players lots of wins, free games and win multipliers. It's been extensively promoted at online casinos like Casino Euro since its release, and now Energoonzs has been launched in a mobile version that retains all of the features that have made it so popular.

Played on a 5 x 5 grid, Energoonz doesn't work in the same way as a traditional slot game. When players click to start a round, all symbols drop away and are replaced by new ones, with wins achieved by getting three or more matching symbols adjacent to each other, either horizontally or vertically. Any symbols that made up a win will disappear in a flash of electricity and further symbols will drop down to replace them. Should these new symbols make up another winning combination, then the prize amount will be doubled, and if yet another win is made by these new symbols, it's a triple value payout, and so on.

The Ball of Energy symbol acts as a wild, replacing all others to help make up more wins. Behind some columns the word 'Bonus' can be seen, and should all the symbols in a column disappear then a free games round will start, during which grey Energoonz will act as symbols which have a higher value than those in the normal game. 10 games are initially awarded, with a further 20 available if the bonus round is triggered again.

Energoonz is a beautifully presented game, with nicely animated characters that are both fun to watch and quite rewarding. This is a low variance game, meaning that it pays out frequent, small prizes rather than just a few, bigger ones.

You can download the Energoonz mobile slot for free using the Casino Euro app which is compatible with many devices including iPhones, iPads and those using the Android operating system.

Casino Euro has been a big success since it was launched in 2002, and now carries over 275 games, plus the extensive range of Net Ent 'Touch' games for mobiles, like Starburst, South Park, and the Twin Spin slots, plus Roulette and Blackjack. All the games have the full range of features that players would find in the online versions, while the controls have been adapted for ease of use on mobiles and tablets.

When you sign up to Casino Euro using the exclusive code JOHNNYBETPL you can get a bigger and better welcome package consisting of free spins with no deposit needed, and then a welcome bonus of 200% of the value of your first deposit, up to €250. This great offer is only available to JohnnyBet readers and means that you can start enjoying the Energoonz mobile slot game using more Casino Euro bonus funds than other players. 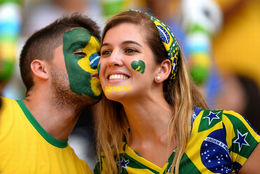