One of the biggest films of the early 2000's has been one of the most successful slots in online casino history. Gladiator tells the epic story of Maximus, a Roman general who seeks revenge against evil Emperor Commodus via several thrilling battles from Germania to Rome itself. Russell Crowe stars in this multi-award winning movie that remains as impressive today as it did over a decade ago.

It's only fitting that such a great film should be turned into such a great slot game, and that's exactly what the Playtech software developer has done, producing a game that features not only clips from the film but several bonus features and a gamble game that can massively increase each win. Available to play at CasinoEuro, when you visit the site and enter the special bonus code JOHNNYBET150, you can enjoy free spins on many slots, and then claim a bonus of up to €450. What is more at CasinoEuro you can also enjoy Gladiator slot machine game online for free.

1. About the Gladiator slot game

With symbols consisting of characters from the film, including Proximo, the Gladiator trainer, Lucilla, the Emperors' sister, and Commodus himself, plus a Helmet wild and bonus symbol, and the Coliseum which acts as a scatter symbol, this is one great looking slot game.

When the Helmet appears on reels 2, 3 and 4 at the same time, not only does it substitute for other symbols, as it does at all times, but it also triggers a bonus game where a grid of nine helmets will appear. Gold, silver and bronze helmets will be shown, with each having a different value. The values are added up, and the player wins the total.

Gladiator slot online - for free or for real money

The Coliseum game takes players to a stone wall, with 20 sections. The player needs to pick one stone from each layer to reveal a number of free spins, a win multiplier that will apply during the free games, extra scatter symbols, and extra wild symbols. The free spins then play out, with all the additional features that the player has picked.

After every winning spin, players can choose to double the value of the prize several times over by entering the Gamble game. Here, they need to correctly guess if a Red or Black playing card will be picked, with a correct guess doubling the prize, and a wrong one losing it. This can be done over and over, up to a set limit and is a great way to make a smaller win into a huge one.

With such exciting bonus rounds, and such a great theme, online Gladiator video slot machine has become a massive success wherever it is available.

At Casino Euro, this is one of a huge number of games, with over 400 of them at the latest count. They use games from several different sources to make the mix of titles unique, and as well as free Gladiator slot machine online, there are many other movie themed games, like The Mummy, The Dark Knight, Iron Man and King Kong. What is more all games are available in both free and real money mode. Bonuses and promotions can be found in abundance, with JohnnyBet readers able to claim the biggest and best offers when they use the exclusive promotion code. 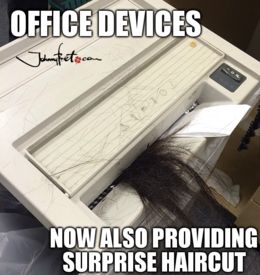